Being infected by Epstein Barr Virus (EBV), the virus that causes glandular fever, is a known risk factor of developing MS. While the rate of EBV infection in the general population is very high, essentially everyone  with MS has had EBV at some point in their lives whether they realise or not. EBV infects immune cells called B cells in the blood, but whether EBV is found in the immune  cells that have entered in the brain during an MS attack is still not clear, as previous research was contradictory.

Now a new research paper, which includes some researchers from the Queensland Institute of Medical Research, has attempted to answer this question again and mapped EBV throughout the MS brain and in different types of MS lesions.

After infection, EBV can remain in the body in an inactive phase, which is known as ‘latent’ infection. A much higher proportion of the brains from people with MS contained a protein related to a latent EBV infection than the brains of those which did not have MS. In the brains of people with MS, the researchers could also see that the immune cells that respond to EBV infection had moved out of the blood and into the brain far more frequently. In the MS brains, these cells could be seen within the chronic MS lesions.

Another method was used to detect evidence of latent EBV infection within the brain, which tracks gene activity of the virus in a latent infection. This method showed that 6 of the 7 MS brains tested showed populations of these cells in different locations in the brain, but in brains without MS, they could only identify a single cell in 2 of the 4 brains tested.

This work has shown that B cells infected with EBV do enter travel to the brain and leave the blood circulatory system and enter the brain tissue. This happens in people with or without MS, but much more often in people who develop MS and this may suggest that people who go on to develop MS have a reduced capacity to deal with EBV infection. This idea that people with MS respond differently to EBV infection is not new and the immune response to EBV has been the subject of much research in the field of MS, particular by Professor Michael Pender and Professor Rajiv Khanna (an author on the study) from the University of Queensland. This research has led to a new approach to treatment of MS known as adoptive immunotherapy, which aims to boost person with MS’s immune response to infection with EBV using their own cells. This treatment is now in clinical trials for people with progressive MS and showing promising results. More recently, further trials were announced  that will test a similar treatment approach where cells are taken from donor rather than the person with MS.

The authors noted that a strength of this study was the well characterised brain tissue that was used, allowing them to be specific and confident in their results. The MS Research Australia Brain Bank provides tissue from the brain and spinal cord which is characterised under the microscope for use in research into MS. This resource allows researchers to answer questions about changes to the brain in MS that cannot be answered in any other way. If you are interested in becoming a donor please go to the MS Research Australia Brain Bank website or call 1300 672 265. 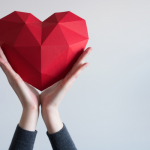 End of Financial Year – the ideal time to make a differenceNews 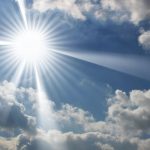