Researchers from University Hospital Principe de Asturias in Spain have contributed further evidence to suggest that measuring subtle changes in optic nerve functioning can be used to provide a window into the brain. This new research shows that eye scans may be used to predict later transition to MS after a first demyelinating event (known as clinically isolated syndrome).

More than 80% of people with clinically isolated syndrome will go on to develop MS. Predicting those at greatest risk using sensitive and effective tests is very important to allow early detection of disease, and delay the progression of disability to improve illness prognosis.

In this longitudinal study, the researchers tested both the structure and function of the visual pathway in 29 people with clinically isolated syndrome, who had no history of optic neuritis, compared to a group of 26 healthy controls. The team used two different measures of damage in the visual pathway to see whether they were related.

One measurement, called multifocal visual evoked potentials (mfVEP), assesses electrical activity along the optic nerve and indicates loss of the protective myelin coating around nerve fibres (demyelination). The other method is called Optical Coherence Tomography (an echo technique similar to ultrasound) and measures retinal thickness in the eye which indicates the loss of nerve fibres at the retina to reveal degeneration of the optic nerve.

Looking at the mfVEP activity of the optic nerve, the researchers identified significant activation abnormalities in around half of the people with clinically isolated syndrome, and also found significant reductions of retinal nerve fibre layer thickness in this group compared to healthy controls. The researchers also found a relationship between the two measures, as those people with abnormal mfVEP activity also had the greatest reductions of retinal thickness.

The results of this study suggest that these measures may be useful for detecting subclinical visual pathway abnormalities in people with clinically isolated syndrome that could be a marker of wide-spread inflammation. Importantly, the findings also suggest that retinal thickness may be an important prognostic marker for the conversion to MS in people with no clinical symptoms of visual pathway damage.

These findings have important parallels with the work of MS Research Australia-supported researcher Associate Professor Alexander Klistorner from the University of Sydney, who has used similar techniques to demonstrate abnormalities of the optic nerve and visual pathway of people with MS which we have written about previously here and here. 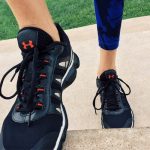 Further support for the link between body size and risk of MS: an international study of obesityNews 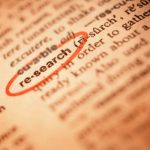