Further support for the link between body size and risk of MS: an international study of obesity

A group of international researchers from Norway, Italy, Serbia, Sweden, Germany, and Canada have recently reported new data to support the link between obesity and a higher risk of developing MS.

The group have collaborated extensively on the international multicentre study of Environmental Factors in Multiple Sclerosis (EnvIMS), looking at a range of environmental risk factors associated with the risk of MS in several countries.

Published in September in Multiple Sclerosis journal, this studyanalysed data from over 2,600 people in Norway and around 2000 people in Italy, looking at the relationship between body size over time and the risk of developing MS.

They asked each participant to describe their body shape at ages 5, 10, 15, 20, 25, and 30 years using a visual rating scale, as well as measuring each person’s current body shape and body mass index (BMI) at the time of the study. Each person rated their own body size on a scale from 1 – 9, with 9 representing the largest size.

The researchers found that the risk of MS increased proportionally with each increment on the rating scale. By comparing the body size at each age in people with and without MS, the researchers were able to piece together a picture of the ages at which body size is mostly strongly related to MS risk. In the Norway cohort, they found that the relationship between MS and larger body sizes was observed from age 15 and the strongest association was found at age 25. Notably, the individuals reporting the smallest body sizes – in all age groups, from 5 years until 25 years in Norway and 5 to 20 years in Italy – were actually associated with a lower risk of MS.

Previous work by other research groups has supported the relationship between obesity and risk of MS. One study of adolescents found that younger participants with a higher BMI (>30 kg/m2) showed a greater MS risk. However, recent evidence from the Australian MS Longitudinal Study found that body mass index (calculated from weight and height to determine obesity levels) was not related to the risk of MS relapses, so it may be that obesity is related to illness onset rather than progression.

This study provides new evidence that obesity from childhood until young adulthood is a likely risk factor for MS, with a seemingly stronger effect in Norway than in Italy. This study was conducted in a large population based sample, however as a self-report study there are significant limitations on the conclusions that may be drawn. 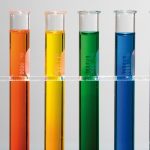 Finding the answers for Progressive MSNews 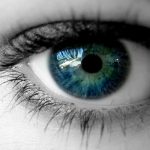 Further support for the link between body size and risk of MS: an international study of obesity