Other factors may affect the relationship between smoking and MS risk

The relationship between smoking and a higher risk of MS has been well established. We have previously posted news articles  describing this association, as well as evidence that smoking is associated with more severe MS symptoms.

Two new studies examining the relationship between MS and smoking have recently been published in the Journal of Clinical Neuroscience and the Journal of Neurology, led by Dr Cullen O’Gorman and Professor Simon Broadley from Griffith University in Queensland.

The first of these studies aimed to confirm the relationship between smoking and the risk of developing MS, in a sample of people from Queensland. This study was conducted on 560 people with MS and 480 controls, and the researchers found that in both current and ex-smokers, there was a small but significant increased risk of MS that was marginally higher in males.

The second study looked at the strength of this relationship across previously published studies. The team used statistical methods to combine the findings of 26 published studies into a ‘meta-analysis’, including data from 8,615 people with MS and 392,352 controls. Meta-analysis is considered one of the most robust types of analysis because of the large total number of people included. In this meta-analysis, the overall analysis provided support for a statistically significant increased risk of developing MS in both current and past smokers.

Then, the researchers identified that there are other factors which appear to have an important effect on the relationship between smoking and MS, such as where you live. In particular, they found that smoking was a stronger risk factor for MS in females who live closer to the equator, compared to females who live at higher latitudes. This latitude effect was not present in males.

Taking the two studies together, these findings suggest that environmental factors such as smoking and latitude may affect males and females differently. In regions at higher latitudes (further from the equator), smoking may have less effect on MS risk because these regions typically also have high rates of vitamin D deficiency, which has been strongly associated with MS risk. However, in areas of lower latitude such as Queensland, that are less affected by vitamin D deficiency, other risk factors such as smoking may have greater influence on the development of MS. Smoking is known to reduce vitamin D levels and this may contribute to the observed relationship.

These results provide greater insight into the relationship between smoking and MS, and help to piece together the complex interactions between genes and environment that underpin the development of MS. 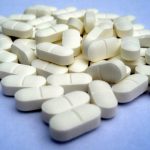 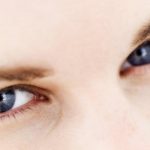 Other factors may affect the relationship between smoking and MS risk