In 2020, the Alliance ran a grant round for the new Challenge Awards to drive knowledge and innovation in understanding the underlying causes of progression. These grants were open to researchers around the world and the successful projects will be announced in May 2021.

People with MS as ‘co-pilots’ of clinical trials

The Alliance recognises the critical importance of input from people with MS in clinical trials, beyond participation in the studies. Study priorities should reflect what is important for people with MS. As people with MS become more familiar with the scientific method and the research landscape, they ask insightful questions that help guide these priorities.

The Alliance noted that “Informed patient perspectives during critical discussions has steered us away from flawed decisions, for example, from overly restrictive inclusion criteria that might limit learning opportunities or the use of performance tests that are unnecessarily onerous and exhaust patients.”

A substantial difficulty in trialing new therapies for progressive MS has been the lack of ways to reliably measure disease progression. One of the processes involved in disease progression is the breakdown of nerves in the brain and spinal cord, known as “neurodegeneration”. The Alliance has been working towards developing a blood test to measure neurodegeneration and predict disease activity in progressive MS. In 2020 the Alliance published an extensive review of “serum neurofilament light” (a product of nerve damage that can be detected in the blood), which it is hoped may prove a useful marker of neurodegeneration in MS, including in clinical trials.

The Alliance is also exploring the establishment of clinical trial programmes for two key therapeutic strategies: protective or regenerative drugs for nerve cells and myelin-producing cells; and dampening inappropriate activation of “support cells” in the brain (called microglia and astrocytes) that can injure neurons.

The Alliance has just published an innovative strategy paper on reworking clinical trials as an important step in fast-tracking effective treatments. To improve speed and efficiency, new clinical trial designs allow testing of multiple drugs, and multiple drug combinations, in the one trial. An “adaptive” clinical trial allows for changes during the trial, such as closing down a trial arm if that drug is clearly ineffective, and reassigning participants to a more promising drug candidate. This is a departure from previous more rigid trial designs, where people could have remained on a placebo or ineffective drug for years.  The Alliance has also recommended that new therapies for progressive MS be tested in conjunction with one of the currently approved MS medications that targets the immune system. This means that the immune system can be held in check while the new medication’s ability to protect or repair the brain is tested.

Unique insights from the “human model” of MS

One of the most frustrating elephants in the room for drug development is that effectiveness in laboratory models of MS rarely translates to effective medications for the human disease. Given the huge leap from laboratory models to humans, it is surprising that many early drug trials have not focussed on deeply characterising the biological response to a new drug. If a new drug is not effective in people with MS, working out “why not?” may be the fastest way to identify new drug targets, and provide a better understanding of the underlying disease processes.

To address this, the Alliance is developing a new funding program for experimental medicine trials. These trials will not only test the safety and effectiveness of new treatments, but also conduct comprehensive biological and clinical testing to better understand the effects of the treatment in MS. Researchers are doing this by measuring the expected effects of a drug (e.g. on immune function), and also by conducting broad “unbiased” testing (e.g. screening activity of thousands of genes at once) to uncover previously unknown effects of the drug. These studies require close collaboration with people living with MS.

What does this mean for people with progressive MS?

The Alliance is thinking carefully about all parts of the pipeline required to bring effective therapy for progressive MS as quickly as possible. MS Research Australia is actively engaged in this process and will continue to provide updates as we continue to make headway. 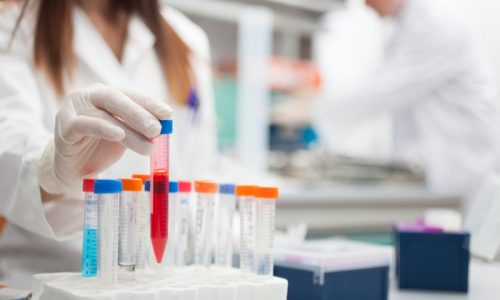 A panel of international experts have convened to develop new ways to measure disease progression in progressive MS, a major hurdle for clinical trials.
Read more 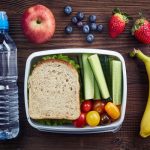 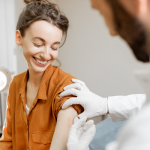 COVID-19 vaccination and MS – everything you need to knowFeatured Homepage, News