First treatment for an MS-like disease

There are some diseases that cause similar symptoms to MS, in which the immune system attacks and damages the central nervous system (brain, optical nerve and spinal cord). One such disease or group of diseases is Neuromyelitis Optica (NMO) or Neuromyelitis Optica Spectrum Disorders (NMOSD) also known as Devic disease.

Early in the disease course, NMOSD can easily be mistaken for MS, but it is a different immune-mediated disease. In NMOSD the immune system primarily attacks the optic nerve and spinal cord which can lead to vision problems and physical disabilities. Like in MS, the majority of people with NMOSD experience relapses, however it is more common in NMOSD that these relapses result in permanent symptoms. Unlike MS, a secondary progressive phase is uncommon in NMOSD. Unfortunately, medications developed for MS do not appear to block the relapses and may even make outcomes worse in NMOSD.

In MS, the immune system attacks the myelin coating on nerve cells, whereas in 75% of NMOSD cases, the immune system attacks a defined protein called aquaporin-4. This protein is found on the surface of specific cells in the eyes, brain, and spinal cord and is critical for the survival of these nerve cells. When the immune system recognises this protein, it mounts a response releasing a signal called complement, triggering a further immune response. Eculizumab (tradename Soliris) has been developed to specifically target and block this signal to reduce the immune attack. Soliris has been used for several different and relatively rare immune-mediated diseases, including paroxysmal nocturnal hemoglobinuria and atypical hemolytic uremic syndrome.

In July this year, the Australian Therapeutic Goods Administration (TGA) approved Soliris for the treatment of NMOSD (for patients with aquaporin antibodies in their blood; ~75% of cases) making it the first and only TGA-approved drug for this disease.

The safety and efficacy of Soliris were established in a clinical trial known as PREVENT, which involved 143 people with NMOSD. The trial showed that Soliris was effective in delaying relapses compared to a mock treatment.

The next step is to apply to have Soliris subsidised through the Pharmaceutical Benefits Scheme (PBS). MS Research Australia is advocating on behalf of people with NMOSD and is providing a written submission to the Pharmaceutical Benefits Advisory Committee (PBAC). The PBAC is meeting in November to decide if they will provide a positive recommendation to the government to include Soliris on the PBS. PBAC accepts public submissions too, and you can have your say here. 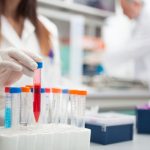 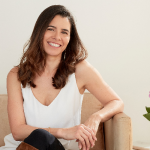 First treatment for an MS-like disease