None of this research could be possible without the ongoing support of the MS community, donors, funding partners and State MS Societies. In particular, last month MS Limited provided a funding boost of $1 million to support further research into myelin repair and neuroprotective research that will pave the way to end MS forever.

Here’s some of the research highlights – just a fraction of the incredible amount of progress that you have helped to achieve.

Associate Professor Kaylene Young, who received a MS Research Australia Project Grant, with funding support from the Trish MS Research Foundation, has been looking at the use of a non-invasive technique to increase the production of cells that produce myelin in the brain. The technique, called repetitive transcranial magnetic stimulation (rTMS), is being tested in laboratory models for its ability to re-wrap nerve fibres in myelin and to promote lesion repair in the brain.

Associate Professor Young and her team have found that rTMS increases the number of new myelin-producing cells added to the brain and spinal cord and increases the rate of myelination as a result of improved survival of these cells. She is now in the process of determining whether it enhances myelin repair in three different laboratory models of MS compared to the untreated models.

Associate Professor Young and her team are looking to move this therapy into clinical trials. If these experiments are successful, rTMS may be used as a therapy to repair existing damage in both relapsing forms of MS and progressive MS.

Copper as a potential therapeutic target for progressive MS

Associate Professor Peter Crouch, a recipient of an MS Research Australia Project Grant, with funding support from the Trish MS Research Foundation, is focusing on the role copper may play in the development of progressive MS, and its potential as a therapeutic target. Copper is an essential element needed by all forms of life and changes in its levels can have serious consequences for health. This is particularly true in the brain and spinal cord where changes to copper levels cause the dysfunction and death of nerves.

Associate Professor Crouch and his team have analysed the changes in myelin in laboratory models of MS and have shown that these changes respond to treatment with a copper drug. Their analysis of tissue from people with MS also supports these findings. The team have analysed the levels of genes involved in copper handling, myelin production and the immune system and found changes in progressive MS. They have also determined that the distribution of copper in human spinal cord tissue is affected by progressive MS. Additionally, they have looked at the changes in these genes in laboratory models of MS to find how these changes are impacted by treating the models with the copper drug. This work is a promising indication that the copper drug could eventually be taken forward for testing in people with MS.

Dr Yuan Zhou is looking into causes and prevention of MS by investigating some of the genes linked to the development of MS to determine their effect on the clinical course of the disease. He is creating a mathematical formula that includes genetic and environmental risk factors that can better predict the clinical course of MS and a person’s treatment response.

Dr Grant Parnell has also been focusing on causes and prevention of MS by looking at how MS risk genes respond to vitamin D. He has found that the activity of two MS risk genes, as well as other genes, are influenced by the presence of vitamin D, and is investigating how they influence the function of immune cells. It is hoped that alternative strategies can be identified to gain benefits from the vitamin D pathway to promote a tolerant immune system.

Full details on the progress of all projects we are currently funding can be found here. 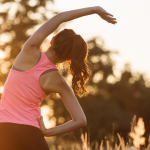 Research goes regional: what’s behind the barriers to exercise in rural Australia?News