Funding research for a brighter tomorrow

Her relationship with her family had changed overnight, and she’d become ‘little mum’ to her younger sister Kylie. Then Bronwyn was diagnosed with MS when she was just 25.

“MS hit, and it frightened me,” shares Bronwyn. Since then, Bronwyn has learned her sister has MS too.

Now, as a mother of two daughters, 10-year-old Xanthe and 12-year-old Astrid, she is equally concerned for their future.

“MS is so cruel. I don’t want this for my daughters. It frightens me,” shares Bronwyn.

It wasn’t until after leaving the family home that Bronwyn learned of her own MS. Her boyfriend Rod had proposed and asked her to follow him to Canberra to start their life together. Shortly after she moved in with him, Rod noticed Bronwyn had started having seizures in her sleep.

“I thought the worst thing that could happen to me in my 20s was needing glasses,” shares Bronwyn. “I was so relieved when I got the diagnosis of nocturnal epilepsy because it wasn’t MS!

“I could cope with epilepsy, but I couldn’t cope with MS. Not after what it had done to my mum—my whole family’s life.”

But the worst news was yet to come for Bronwyn. A few weeks after her diagnosis of nocturnal epilepsy, Bronwyn visited her neurologist following a routine MRI.

“My neurologist simply said to me, ‘You also have MS“. He didn’t see at the time that I was falling apart,” shares Bronwyn.

“That I’d lived through my mother’s journey with MS. After I left his office, I sat at the bus stop for more than three hours and cried.”

“Rod has just proposed six months prior to my diagnosis. He had no idea what my life was going to be like now—how hard I thought it was going to be for him as a carer for someone with MS. So, when I told him I had MS I suggested we break off our engagement.”

Luckily, Rod’s love for Bronwyn was greater than his worry for what their life with MS would be like.

Rod contacted MS Plus, and support worker Sue Donaldson came to their home that same week.

“Why are you leaving Rod and your job? This isn’t going to stop you from doing the things you love. Your MS could be completely different to your mother’s,” Sue explained.

“It was only then that I realised that I had treatment options—something that my mother never had,” says Bronwyn.

After Bronwyn and Rod were married, they were told they wouldn’t be able to fall pregnant whilst she was taking injections for her MS.

But researchers were soon able to offer a new treatment that would allow them to start a family.

“I stopped my daily injections and started taking this itty-bitty little pill. I was so grateful,” recalls Bronwyn.

Eight years after her initial diagnosis, Bronwyn and Rod welcomed the first of their two baby girls.

“MS research has always given me a next step, an option that if this treatment doesn’t work or my MS progresses, then we can always try something else. My mother didn’t have that.”

But not everyone with MS will respond to the same treatments as Bronwyn.

An Australian researcher who is investigating one of the possible causes of MS is Professor Sanjay Swaminathan.

“I’m looking at how viruses interact with genes to cause MS, in particular the Epstein-Barr virus,” shares Professor Swaminathan.

“If we understand that interaction, then we can target the disease with personalised medicines in those people who have that specific type of MS. It may also allow us to develop preventative treatments like vaccines for the virus and reduce the risk of MS.”

Professor Swaminathan is quick to note that it is complex work, and he is only looking at one of many environmental factors that are associated with MS.

“We need more researchers focused on MS so that we can collaborate and understand all the environmental factors and how they interact with a person’s genes. Such as looking at Vitamin D in MS, which is very important too,” states Professor Swaminathan.

Bronwyn says, “The more researchers that are focused on MS research, the faster we’ll get to the answers. Research for me is about hope. I hope tomorrow will be better than today, for my daughters’ sakes as much as mine”.

It will take a team to fast-track MS research, and we need you to be part of this team.

Please give generously this Christmas so researchers can deliver more effective treatments for those living with MS like Bronwyn—and ultimately find a cure for MS.

Together we can make a difference and change the lives of people living with MS. 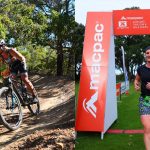 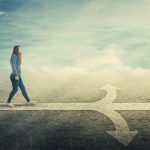 Funding research for a brighter tomorrow