Biotin is a component of the vitamin B complex and is thought to be involved in promoting cell growth, the production of fatty acids and amino acids (i.e. promoting the production of essential cellular building blocks), and helping with cellular energy production. It is also believed to be involved in the making of myelin – the important substance that coats nerve fibres in the brain, spinal cord and optic nerves that is damaged in MS.

It has been hypothesised that given its important role in cells, large doses of biotin might be useful in repairing the damage inflicted on myelin by MS. MedDay Pharmaceuticals has been testing this theory by trialling biotin in people with progressive MS.

An early clinical trial – which took place in France and involved 154 people with progressive MS (55 with primary progressive MS and 99 with secondary progressive MS) – showed promising results. These people were either given three doses of 100mg of biotin or placebo (dummy capsules) per day over one year. The results of this trial have been published in the Multiple Sclerosis Journal and we have previously written about it here.

In this earlier trial, 13 of the 103 people who received biotin showed a reversal of their disability compared to none of the 51 people given the placebo capsules. While this seems like a modest number of people who benefited, benefit was defined as the reversal of disability, not just the plateauing of disability. That trial was extended into what is called an extension phase, where all the participants received biotin (including those that had previously received the dummy medication).

The extension study revealed that those participants who had improved in the earlier part of the trial showed further improvement, with 13.2% of them demonstrating less disability at 18 months and 15.4% at 24 months. Also, 7.1% of people who had the placebo in the first part of the trial showed less disability when they took biotin in the extension phase at 18 months, which increased to 11.9% at 24 months. These early results led to a lot of excitement in the field. While the results might have appeared modest, progressive MS has remained resistant to all previous attempts of finding a treatment option and this looked like it was an avenue which may assist.

MedDay Pharmaceuticals has released a statement regarding the outcome of its latest phase 3 clinical trial. These results would have been presented at the American Academy of Neurology (AAN) 2020 Annual Meeting on April 29th in Toronto, Canada; however due to the COVID-19 pandemic this meeting has been cancelled. Given the interest from the progressive MS community we are reporting on this trial before it has been published in the scientific literature.

MedDay Pharmaceuticals announced in March that its second phase 3 of biotin did not meet the desired goals of the trial although it did show that there were no safety concerns. This trial was designed to confirm the results of the first positive phase 3 trial, but unfortunately it didn’t confirm those results.

In this trial, 642 people with progressive MS without recent relapses were randomly assigned to a placebo group or to a group which received three daily doses of 100mg of biotin. This was a double-blind study, so neither the participant nor the doctors knew who was receiving the active treatment or the placebo.

The primary endpoint for the study was reversal of disability as measured by the proportion of participants with an improvement in either the Expanded Disability Status Scale (EDSS) or in the time needed to walk 25 feet (TW25) over a 12-month period and confirmed at 15 months.

The secondary endpoint was the relative reduction in the risk of disability progression; this included the overall impression of the response to the treatment evaluated independently by both the patient and the evaluating neurologist (prior to knowing whether the participant had received biotin or the placebo) and mean change in TW25.

Additional outcomes that were investigated included brain magnetic resonance imaging (MRI) measures, quality of life measures and measurements of walking manner (gait) using a Fitbit® device. It is one of the first MS trials to report on using wearable technologies.

Unfortunately, the trial did not show significant reversal of disability nor improvement in the timed walk measure. This is disappointing news for the MS community. However, this is early days and the pharmaceutical company running the trial and the neurological community will review these results carefully to determine whether there is a subset of people that might respond to this treatment, or whether there is any benefit that can be reaped from this approach. 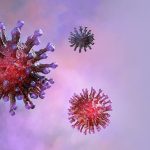 An update from MS Research Australia on COVID-19Featured Homepage, News 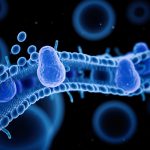 Proteins on precursor myelin producing cells are important for their survivalFeatured Homepage, News