A clinical trial of sex hormone estriol (oestrogen) supplementation in women with MS has not found a definitive benefit for reducing MS inflammatory activity or preventing relapses.

Published in the prestigious journal Lancet Neurology, this study follows on from reports that some pregnant women obtain relief from their MS symptoms during the later stages of pregnancy, when oestrogen levels peak. In attempts to understand the mechanisms by which pregnancy may affect the brain and the immune system in MS and autoimmune diseases researchers have been investigating how oestrogen hormones may affect disease activity in both animal studies and studies in humans.

Led by researchers at the University of California, Los Angeles (UCLA), this phase II clinical trial was conducted in 16 sites across the USA, looking at the safety and efficacy of oral estriol in women with MS. Estriol is one of several oestrogen-based sex hormones in the body and is licenced in many countries to treat symptoms of menopause.

In this trial, 164 women with relapsing-remitting MS with an average age of 37 years, were split into two groups: one group received daily oral estriol plus daily glatiramer acetate (copaxone), compared to a second group of women receiving daily copaxone plus a daily placebo tablet. This trial was funded by the National MS Society in the USA, the US National Institute of Neurological Disorders and Stroke, and private donors, and is the first study of its kind looking for any benefits of oral estriol for women with MS.

The researchers found the estriol treatment to be safe within the two year term of the study, with the most common side effect being menstrual irregularities, while more serious side effects were uncommon.

After two years of treatment, the trial showed that the women receiving estriol supplements showed a small reduction in the frequency of relapses, compared to those receiving the placebo tablet. They also found some interesting benefits of estriol for reducing fatigue over the two year period.  However these findings were limited by a number of potential issues, with participants showing a high drop-out rate from the study, and poor compliance in taking the estriol medication.

The researchers also found that those receiving estriol who had T2 lesions at the start of the study, also showed significantly more white matter atrophy after two years. This suggests that although the number of clinically-defined relapses was fewer, the neurological progression was not improved by the estriol supplementation.

More research is needed to better understand these findings and any potential role of oestrogen in alleviating MS symptoms. While there is not yet sufficient data to understand if hormone supplementation is a viable treatment option for MS, this study is a valuable step towards untangling the complex effects of pregnancy on the immune system in MS. 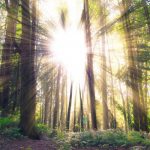