Is there enough support for people with MS to stop smoking?

How does tobacco smoking affect a person’s MS?

Multiple sclerosis (MS) is caused by a combination of genetic, environmental and lifestyle factors. Tobacco smoking is a key risk factor for MS onset, increasing the risk of developing MS by about 50%, compared to those who have never smoked.

Not only does smoking increase the risk of MS onset, but there is a large amount of evidence showing that it increases the risk of MS progression by over 50% and speeds up this progression. Smoking is also linked with a lower quality of life, and worsening symptoms of depression and anxiety in people living with MS.

Published in Multiple Sclerosis and Related Disorders  MS Research Australia funded researcher, Dr Claudia Marck and her team explored the knowledge, attitudes and beliefs about smoking, whether the needs to help stop smoking are met, and the barriers and motivators for quitting smoking for people with MS in Australia. To answer these questions, the team interviewed 25 people with MS who currently or previously smoked. All participants in the study smoked at least two to three times per week and attempted to stop smoking at some point, with most participants still wanting to quit permanently.

What were the reasons for the participants to smoke?

The team identified several motivators for the study participants to continue smoking:

Most participants didn’t think there were any benefits to smoking, although some thought it helped with pain and spasticity and were worried this would increase if they stopped smoking. Some participants mistakenly believed that smoking helped maintain their mobility. Smoking was also linked to feelings of anxiety related to MS or health more generally, with some participants reporting that discovering the negative impacts of smoking on MS caused additional stress, which resulted in further smoking.

Barriers and motivators to quit smoking

One of the barriers to quit smoking for study participants was the influence of family and close friends. Participants were also worried about the effects that quitting smoking might have on increasing their MS symptoms and relapses. The main motivators for quitting included family reasons (such as pregnancy, children and partners), the financial cost, the negative effect on MS symptoms and other health issues linked to smoking.

Did the participants know that smoking affected the course of their MS?

Interestingly, while participants knew that smoking was bad for their general health, the majority had little knowledge of how it could affect their MS. Many participants didn’t receive much information about this by their neurologist, although some found information through MS associations, MS support groups or through social media, but were unsure of the reliability of this information. They were keen for more information including written resources, and in-depth conversations with their neurologist or MS nurse, with some concerned whether medications to help them quit smoking may interfere with their MS medications. However, some participants said that more knowledge about the negative effects of smoking on their MS would increase their motivation to quit.

Most participants were aware of the support available to quit smoking, and most had used these in the past, including nicotine replacement therapies, smoking cessation drugs, hypnosis, 12 step programs and phone apps. They were also aware of Quitline, a confidential telephone counselling service that provides strategies to help people quit smoking. While this did help some participants, many felt that the support came mostly in the form of text messages rather than conversations, of which the latter was preferred.

What was concluded from this study?

While a larger study would be required to confirm the findings, this study emphasises the importance of developing strategies to address MS-specific barriers for quitting smoking. This may improve the success rate of quitting for people with MS. The researchers suggest a coordinated effort between MS researchers, practitioners, consumer advocates and behavioural intervention services, to routinely provide brief advice about quitting in MS care to better meet the support needs for people living with MS. MS researcher Dr Claudia Marck discusses the importance of not smoking and effective ways of quitting this habit to manage your MS.
Read more 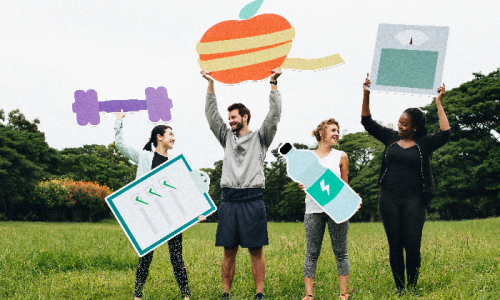 New evidence-based guide on modifying lifestyle for people with MS 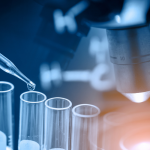 Is there enough support for people with MS to stop smoking?