The Board of MS Australia is pleased to announce the appointment of a new Chief Executive Officer to guide the newly focused and amalgamated MS Australia.

Associate Professor Graham said, “After a very comprehensive recruitment process, the MS Australia Board is pleased to secure Rohan for the role, commencing on the 14th December”

“Rohan is an extremely impressive executive, who has dedicated his career to successfully advocating for better health outcomes for everyday Australians.”

“In a tough environment for the not-for-profit sector, Rohan has the experience required to help MS Australia speak with one voice about care, research and advocacy and brings an established network of stakeholders which will help our message to be heard.”

Rohan brings a track record of success, particularly in relation to public health advocacy and stakeholder engagement. The Board is confident he is the best person to advance MS Australia’s core purpose: achieving the best possible outcomes for those living with MS now and in the future by enabling the delivery of care and support; funding research to seek a cure; and advocating for improved health and social outcomes and greater investment into the disease.

Rohan joins MS Australia from Palliative Care Australia where he has been CEO since February 2019. He also worked in senior advocacy roles at the National Heart Foundation for more than a decade; was Director Public Affairs at the Australian Medical Association; and was a political adviser to Australian national and territory ministers.

Mr Rohan Greenland said “I am deeply honoured and excited to join MS Australia at an important time in its development. Its mission is critical to lives of the 26,500 Australians who are living with MS, to their families and carers, and to the nation as a whole.”

“MS Australia has an enviable reputation as a charity that supports world-class research, provides much needed and practical assistance to people living with MS and advocates with passion for the people it serves. I look forward to doing all I can to build on that reputation and help achieve its ultimate goal, a world without MS.”

Associate Professor Graham said, “On behalf of the Board, we would also like to acknowledge the hard work and strong leadership of both Deidre Mackechnie, the outgoing CEO of MS Australia, and John Blewonski, who has been Acting CEO of MS Research Australia, and extend our gratitude for their significant contributions to the MS community.” 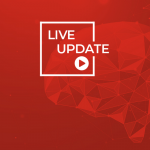 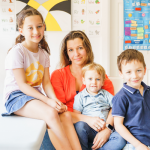 Amber hopes for a cure in her lifetimeFeatured Homepage, News