New avenues for reducing the autoimmune response in MS

Recent research published in the journal Nature Communicationsreports on a novel way to ‘switch off’ the autoimmune response in mice with MS-like disease.

This research, from the University of Bristol in the UK, has tested a new method to retrain the immune system in mice with MS-like disease by injecting small but increasing doses of the myelin molecules under attack under the skin. This de-sensitises the immune system and allows it to develop a tolerance to the molecules on the myelin cells that have been incorrectly targeted and prevent the inflammatory response that causes damage to myelin tissue in the brain.

The study, led by Professor David Wraith, reveals how the immune cells attacking the myelin tissue can instead be diverted into helpful regulatory functions.

These results provide crucial further understanding of the complex molecular changes that allow this tolerance to be developed, and they identified the key genes that are turned off as the cells switch from the previous harmful function into a more helpful regulatory function. This study also provided new information about the method of dosing; they found that administering the treatment via the skin was more effective and allowed smaller doses with less risk of the disease worsening, compared to previous studies that administered the treatment via nasal mucosal passages.

The causes of MS are very complex, as many different components of myelin are under attack, and identifying them has been a major goal in previous research. Studies have suggested that there are probably several myelin molecules being targeted, and that the targets may vary between people and over time. This makes developing a safe and effective human version of this therapy extremely complex.

The findings provide promising new direction for MS therapy, because if treatment could be specifically targeted to preventing the attack on myelin, this could reduce the need for general immune suppressing medications and potentially reduce side effects. 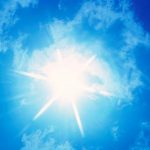 Vitamin D at birth does not predict MS riskNews 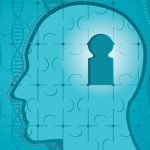 New avenues for reducing the autoimmune response in MS