New research lead by MS Research Australia-funded researcher Associate Professor Tomas Kalincik at the University of Melbourne, in collaboration with the international MSBase consortium, has confirmed that in ‘real-life’ clinical use, the MS medications glatiramer acetate (generic name Copaxone) and the interferon betas (IFN-β) appear to be equally effective in treating relapsing-remitting multiple sclerosis (RRMS).

The research, published in the Multiple Sclerosis Journal in December 2014, looked at 10 years of clinical data gathered by neurologists on over 3,000 people with relapsing remitting MS registered in MSBase, a global database of MS patients.

The in depth analysis of the data, in which patients were matched for a wide range of variables including age, sex, and clinical measurements of their disease, revealed that glatiramer acetate and IFN-β were essentially equivalent in their ability to reduce relapses.

The outcomes revealed by this analysis of ‘real-life’ data are very similar to the outcomes found in two separate studies, in which the combined data from several clinical trials of these medications was analysed.

Earlier in 2014, the Cochrane Collaboration, an international consortium that conducts high quality reviews of data from clinical trials and published studies, published the results of their analysis showing that glatiramer acetate and INF-β were similar in reducing relapses, however the IFN-β appeared to be slightly more effective in reducing MRI lesion activity.

A third study by Italian researchers also analysing clinical trial data, published in December in the Journal of Neurology, Neurosurgery and Psychiatry, similarly reported minimal differences in the effects of IFN-βs and glatiramer acetate. In this study, the IFN-βs were found to be slightly better at reducing MRI lesions and glatiramer acetate slightly more effective at reducing relapses.

The conclusions from these studies confirm that glatiramer acetate and the IFN-βs are relatively similar in clinical outcome and show no major differences in accumulation of disability over time.

This matching of outcomes from both ‘real-life’ data and clinical trials is important for neurologists in assisting people with MS to find the most suitable treatments to suit their individual circumstances.

During his MS Research Australia-funded Fellowship, Associate Professor Kalincik has conducted many analyses of the powerful MSBase data, with the ultimate goal of creating an online ‘risk calculator’ that will assist patients and clinicians to use all information available to them, to help understand their prognosis and select the most effective treatment for their circumstances. 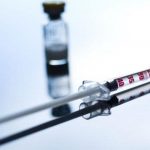 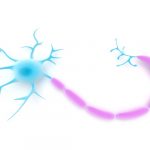