Australian researchers have made exciting progress in understanding how oligodendrocytes  – the myelin-producing cells of the brain – may be damaged by the immune system, and how this could be prevented.

This work was partly supported by MS Research Australia and the Trish MS Research Foundation through grants to co-authors on the paper, Professor Bruce Brew and Dr Edwin Lim. Together with Dr Gayathri Sundaram and Professor Gilles Guillemin and colleagues at St Vincent’s Centre for Applied Medical Research and Macquarie University in Sydney, the team have published their findings in the Journal of Neuroinflammation.

The team are the first to detail how a particular group of chemicals, essential to many cell functions but toxic if produced in excess, are processed by oligodendrocytes. Crucially, they have also revealed two key methods that can prevent the toxic chemicals from killing oligodendrocytes.

The experiments, conducted in cells grown in the laboratory, investigated a particular biochemical chain-reaction known as the kynurenine pathway. This pathway is involved in processing the essential amino acid tryptophan. One of the chemicals produced in this chain, quinolinic acid, is useful to cells in small quantities, but when released in large quantities can be toxic to neurons and oligodendrocytes. Another component of the pathway, kynurenic acid, is protective to neurons. Careful regulation of the kynurenine pathway is therefore crucial for brain health.

The kynurenine pathway is found in many cell types in the brain including neurons, and is also very active in immune cells. However, until now, no one had described the pathway in oligodendrocytes.

In this research, the team showed for the first time that oligodendrocytes also contain the full processing machinery of the kynurenine pathway. Their ability to manufacture the protective kynurenic acid may underpin the ability of oligodendrocytes to help keep neurons healthy.

There is already some evidence that the kynurenine pathway, particularly the toxic quinolinic acid component, may be over-active in MS. So, in a final group of experiments, the researchers set out to investigate whether it might be possible to treat MS by blocking the toxic quinolinic acid produced in high levels by immune cells. In experiments, again done in cells in the laboratory, the team showed that a monoclonal antibody that binds to and blocks quinolinic acid was able to protect oligodendrocytes from damage when they were exposed to activated immune cells. A set of four different ‘drug’ molecules, which block the kynurenine pathway and prevent quinolinic acid from being produced, were also found to protect the oligodendrocytes from damage.

While these experiments have so far only been conducted in cells growing in the laboratory, this is a crucial first step in the pathway towards the development of a new medication. This potential new approach to treating MS will require extensive testing and refinement in animals with MS-like disease, followed by careful progress towards clinical trials in humans. 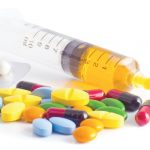 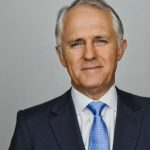 The Hon. Malcolm Turnbull discusses the power of philanthropy in medical researchNews