New types of clinical trials on the horizon for MS

The current gold standard in clinical trials is known as a “randomised clinical trial”, a process that is the most familiar to the general public.

Randomised clinical trials compare a new drug or therapy against a placebo (also known as a “dummy” or a “sham” where the treatment given does not contain any of the active drug).

These trials are often “double blinded”, meaning that neither the study doctors, nor the participant, are aware of which treatment the participant is receiving for the duration of the clinical trial.

These clinical trials gather information, assessments, samples, and test results over a specified period. The new drug or treatments are compared to the placebo at the end of the trial to see if it is superior, or better than no treatment.

When the final participant completes the trial, the assessment and test results are compared, and the clinical trial outcomes are reported publicly. This process can often take many years to perform to completion.

Adaptive Clinical Trials and how they are different

In contrast, ACTs are much more dynamic and flexible studies compared to traditional randomised clinical trials, because an interim analysis or evaluation of the study findings is made at pre-specified time points partway through the clinical trial.

Using this approach, trends can be identified earlier, such as certain study arms (for example, different drugs or doses of the same drug) not being effective, worsening or improving disease outcomes.

Some ACTs can also cease ineffective study arms and replace them with a pre-specified new treatment, enabling participants to continue and contribute to a clinical trial rather than stop early and lose future study data.

The key objectives of ACTs are that participants are not exposed to inferior treatments for very long, effective treatments are identified much earlier, and multiple questions can be answered in the same clinical trial, saving not only time and money, but also improving lives for the participants.

ACTs require special statistical analyses and a clear plan before commencing the trial, ensuring a fair and unbiased process for all involved. Members of the clinical trial community who embark upon ACTs will require training to upskill in this area.

Why ACTS are vital for research in MS

The evidence from the brain health in MS initiative indicates that time matters greatly in brain and spinal cord health. The sooner that MS-associated inflammation is reduced or stopped, the better the outcomes for the patient.

Participants in an ACT are exposed to inferior treatments for much less time than a traditional randomised clinical trial, potentially saving functional brain and spinal cord tissue.

Additionally, it is challenging to use traditional clinical trials to compare smaller groups of people with MS within a larger group, but an ACT can observe more closely specific situations to identify effective treatments under certain conditions.

For example, in progressive MS, an ACT could look at what previous medications might make a new treatment more effective, or take note of gender, length of time since diagnosis, or age group, essentially any variables that may improve outcomes.

As MS is different for everyone, analysing and interpreting these subtle areas where treatments may be more effective is vital.

Help is on its way for progressive MS

A recent international article focused on the intense need for more effective treatments in progressive MS, with the lead author being Dr Vivienne Li from Melbourne, Australia.

This study group has proposed an ACT based in the UK to test new candidate drugs specifically in progressive MS, that show potential to repair myelin damage (remyelination) and to protect the nerves from further damage (neuroprotection).

The new drugs in MS are what are known as “repurposed” drugs. These are drugs previously approved for other disease states with an already known safety profile and, according to recommendations from an international expert panel, have been listed for potential inclusion in clinical trials targeting progressive MS treatment.

Importantly, this particular clinical drug trial has prolonged and intensive involvement from the MS community in the UK, with people living with MS contributing to the overall trial design to ensure it meets the needs of the progressive MS community.

The proposed ACT design will have two different study arms of medication and a third placebo arm. After 18 months, measurements of brain atrophy (shrinkage) will be made and later, assessments on mobility, hand function and disability progression.

It is proposed that those study arms showing no promise will be stopped early and new candidate drugs and/or therapies added to the study. We are closely monitoring this clinical trial in the UK and will report on new information as it becomes available for Australians living with progressive MS.

At MS Australia, we have developed an ACT platform to support and educate both clinical trial staff working in MS, and people living with MS, about the benefits and opportunities of ACTs and will be launching this platform in 2023.

This is indeed an exciting and promising time ahead. Award for decades of selfless service to people living with MSNews 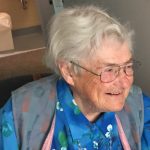 A pioneer with a passion for helping othersNews

New types of clinical trials on the horizon for MS