Research just published from researchers at Macquarie University NSW has looked at the emotional and cognitive challenges experienced by people with neurological disorders, including MS. In particular, the research focused on ways that people with these symptoms seek help and how this could be improved.

Difficulties with cognition, such as attention, thinking and memory, are part of many neurological conditions, including MS. Research shows that up to 65% of people with MS report difficulties with memory, problem solving and the speed at which they can think. They also report other symptoms that affect mood, such as depression and anxiety, which can also form part of a person’s experience with MS and lead to lower quality of life. Additionally, all of these symptoms can reduce a person’s ability to perform everyday tasks, maintain employment and stay socially engaged.

In this new study, researchers gathered information about mental health and wellbeing from people with a range of neurological conditions and also asked how people seek assistance in these important areas. It was hoped that by determining how and why people seek help for these emotional and cognitive symptoms, it could be determined how to improve the access and effectiveness of services for people with neurological disease and inform the design of new services.

Published in Rehabilitation Psychology, the study included 2254 people with neurological disorders, including 723 people with MS, meaning that MS was the largest subgroup in the study. They were asked about life satisfaction, disability, depression and cognitive symptoms such as memory, attention and planning and organisation.

Overall, the participants living with neurological diseases reported widespread emotional and cognitive issues. 90% of the participants reported emotional difficulties, 75% reported changes in cognition and 70% reported both. Interestingly, compared to the overall group of neurological diseases included in the study, people with MS reported greater life satisfaction and less cognitive difficulties with attention, memory, planning and organisation.

When seeking help with these types of symptoms, participants used a mixture of methods, including using more traditional routes such as speaking to their GP, neurologist or a psychologist as well as more informal methods such as internet searches. But over 70% reported that despite seeking help, they still needed additional help with their mental and emotional wellbeing.

Identifying the barriers to getting help for cognitive and emotional symptoms was a key part of this study. Participants often reported a lack of time or money or lack of services / specialists in their area as a major reason for not having sufficient support. Some people also thought that symptoms would be unlikely to change in the event that they got some help and others said that their previous negative experience when seeking help prevented them from doing so again.

They found that among these Australians with neurological disease, there was a high level of interest in accessing psychological treatments online for changes in cognitive function and emotional issues. This research team has since gone on to develop a web-based course designed to help adults with neurological disorders manage emotional and cognitive difficulties called the Wellbeing Neuro Course.

Mr Daniel Merlo from Monash University in Victoria is being funded to develop web based tests to look for changes in thinking functions in people with MS, and to look at whether other factors such as employment and education level can influence these functions.

Overcoming barriers to effectively help people with MS to deal with these kinds of symptoms can have a huge bearing on the impact of their disease on their life. Web based services have the obvious advantage of reaching people in rural areas and those with limited mobility, improving access and outcomes for people no matter where they are.

Learn more about the team behind the research. 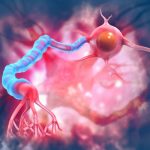 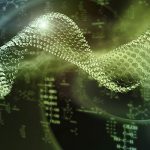