Predictors of employment after the first episode of demyelination

MS predominately affects working age adults and has effects on many facets of life including family, work and social interactions. People with MS face significant employment-related challenges and understanding and preparing for these may improve later employment outcomes.

A major focus for World MS Day in 2022 in Australia was connections, MS and employment. For many people, employment is known to be a valuable driver of social interaction and connection, and also a contributor to identity and self. People with MS face significant employment-related challenges, but little is known about the pathways and outcomes that are possible living with MS. This Australian-based study used data from the AusLong study to build a picture of the possible outcomes after experiencing an FCD, an important viewpoint because this precedes a diagnosis of MS. Multiple episodes of demyelination are required for a MS diagnosis, and the participants in this study were followed from their very first episode, which for many involved, pre-dated their MS diagnosis by several years.

Why did the researchers target employment in this population?

People with MS have higher rates of unemployment and early retirement than the general population, have reduced working hours, and are more likely to alter their role and seek early access to compensation, such as disability support pensions.

This study was led by Professor Bruce Taylor and his research team at the Menzies Institute for Medical Research in Tasmania, as well as the AusLong group, which continued the work of the MS Australia-supported AusImmune study. Researchers set out to examine the factors affecting the long-term pathways of employment outcomes. Many employment studies are short term, but this study followed participants for 11 years after their first relapse to help us understand why these employment challenges occur in people with MS over time.

How did the study researchers determine the factors affecting employment?

What did the researchers find out about this group?

Firstly, of the 207 participants, 78% had progressed to clinically definite MS at the 5-year mark and 83% by the 10- year mark. At 10 years after the FCD, 74% of participants were employed and 17% were receiving a pension, compared to 87% and 1% at baseline. Additionally, average work hours had decreased from 31.6 hours to 21.2 hours per week. Statistical modelling of the data identified four employment pathways:

Female participants were more likely to be in stable part-time compared to full-time employment. This is also possibly affected by other factors than MS, such as caring for children and families. Participants who had higher disability scores at 5 years were more likely to be in the early deteriorated group. Each relapse during the first 5 years also increased the risk of not remaining in full-time employment. Predictors of needing pension support included having more than two co-morbid conditions (other illnesses alongside MS) at baseline, plus progressing to definite MS with a second relapse during the first 5 years. Previous research in this field has also shown that having co-morbidities in addition to MS led to a greater risk of unemployment and absenteeism from work. This highlights the need for people with demyelinating conditions to manage other illnesses as well, to safeguard health stability and wellness.

What does this all mean for people with MS?

This research highlights four different pathways of employment status during the immediate decade following the first demyelinating event. For people experiencing other co-morbidities, a higher disability level in the first 5 years and a higher number of relapses, there are indicators that this may contribute to worse employment and work-hour outcomes further down the track. This highlights the immense value of modern disease-modifying therapies (DMTs) to reduce relapses and thereby potentially having a positive effect on work outcomes. Recognising and alleviating the adverse risk factors for poor employment outcomes may provide a mechanism for maintaining people with MS in the workforce and harnessing all the benefits that this brings. That is, reducing relapses, keeping co-morbidities under tight management and intervening early with DMTs. In essence, maintaining brain health in MS. Additionally, guides for employers and employees are now available on the MS Australia website. 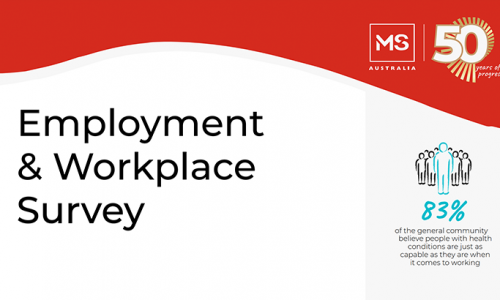 A new survey has uncovered a significant disconnect between supportive community attitudes towards co-workers with health conditions, like MS, and the reality of poor experiences within workplaces.
Read more 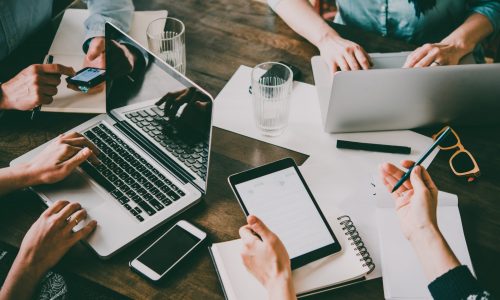 Having other conditions as well as MS impacts employment

People with MS have a propensity to live with other medical conditions too – new findings show the impact of these on employment and work productivity.
Read more 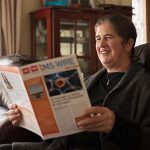 Predictors of employment after the first episode of demyelination