MS Research Australia’s Incubator grants provide short-term funding for new and innovative ideas in MS research. They gather pilot data to support larger research projects in the future. Dr Fiona McKay, from the Westmead Institute for Medical Research, received an incubator grant from MS Research Australia in 2015, with generous funding support from the Trish MS Research Foundation, to undertake a genetic study that hopes to confirm a potential biomarker for treatment response in people with MS.

Dr McKay’s research focussed on four genes which play a role in immune cells involved in responding to infection by Epstein-Barr Virus (EBV), an established environmental risk factor for MS. Dr McKay has recently published her findings on two of these genes, known as EOMES and TBX21 in the scientific journal Clinical Immunology.

EOMES and TBX21 are genes which control the activity of many other genes and they have far reaching effects. Dr McKay’s team confirmed that these genes have lower activity levels in the blood of people with MS in comparison to people who do not have MS. The researchers termed this the ET profile.

Interestingly, the researchers demonstrated that the ET profile changed according to treatment. While there were considerable differences between individuals on any particular treatment, the most consistent findings were for those people on Natalizumab (Tysabri). In this group, the ET profile was greatly increased compared to people with MS who were not on treatment and their ET profile looked more like the profile seen in healthy people. This suggests that the ET profile may be a useful test to show in real-time whether an individual is responding to a treatment rather than waiting over a longer period to see whether further relapses or MRI lesions emerge.

Further work is now needed to determine whether changes in the ET profile in the same individuals over time, for example before, during or immediately after treatment with an MS therapy, may be useful as a clinical biomarker to predict a person’s response to MS therapies.

MS Research Australia’s analysis showed that, on average, recipients of incubator grants have been able to leverage the initial grant funding amount by a staggering 27 times with other sources of competitive research funding. With the level of funding available for MS research incredibly challenged, this is a good example of our funding being put to hard work. 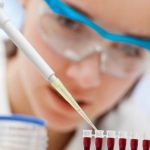 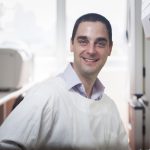 Shining the light on how UV exposure protects against MSNews