Three MS treatments up for consideration for PBS inclusion

Siponimod will be considered by the PBAC for treatment of relapsing forms of MS. Relapsing forms of MS include relapsing remitting MS (RRMS) and secondary progressive MS (SPMS) with superimposed relapses. Siponimod is currently approved by the TGA for the treatment of SPMS and was considered at the November PBAC meeting for SPMS but was unfortunately knocked back. It is an oral treatment in the same class as fingolimod (Gilenya), a medication already approved in Australia for the treatment of RRMS. It acts by targeting immune cells and preventing them from moving into the areas of inflammation in MS (the brain and spinal cord). Clinical trials have shown that in addition to reducing disability progression, siponimod also reduced brain tissue loss (atrophy) and reduced the number of new or active lesions, so it would be suitable for treatment of relapsing forms of MS. The trial results can be viewed in more detail here.

Ozanimod will also be considered by the PBAC for RRMS. Like siponimod, ozanimod is an oral treatment in the same class as fingolimod. Phase 3 clinical trials have shown that compared to interferon beta-1a, another treatment option for people with RRMS, people with RRMS who were treated with ozanimod had a reduced annualised relapse rate. They also had a lower number of new or active lesions and reduced brain atrophy compared to those treated with interferon beta-1a. There were only a few side effects of ozanimod, with the most common being nose and throat inflammation, headache, and upper respiratory tract infection. Results from the clinical trials can be found here.

What does the PBAC consider in its decision making?

The PBAC needs to consider a number of factors when making recommendations, including the effectiveness and cost of a treatment relative to other available medicines, and the cost of a new listing for the government. The decision of the PBAC is the first step in a process where final approval is given by the Federal Government.

MS Research Australia supports affordable access to all proven treatment options allowing people of all ages with MS and their doctors to find effective therapies suited to their individual circumstances. MS Research Australia will be making a submission to support the inclusion of nabiximols, siponimod and ozanimod on the PBS, as we welcome affordable access to all treatment options that have been shown in clinical trials to provide safe and effective treatment for MS. 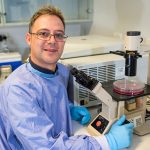 Three MS treatments up for consideration for PBS inclusion