Trio to take on Tokyo Paralympics

While we eagerly await the start of the Paralympics from the comfort of our lounge rooms, the athletes have been busy training to prepare for the humidity of a hot Tokyo Summer. Tokyo will include Australia’s largest ever Paralympic team with 179 athletes and 168 staff. Two of the 18 sports Australia will compete in will be represented by people with multiple sclerosis (MS) – Carol Cooke AM and Emily Petricola in cycling and Janine Watson in the newly endorsed sport of taekwondo.

Two-time Paralympian and para-cycling gold medalist Carol Cooke AM is the trailblazer of the group.

An aspiring Olympic swimmer, Carol missed her chance to compete at the 1980 Olympic Games but returned to the pool following her 2008 MS diagnosis to compete as a para-swimmer at the Masters Games. She went on to represent Australia in para-rowing before switching to para-cycling ahead of her debut at the London 2012 Paralympic Games.

“MS has given me opportunities that I never ever thought I would have, and it has actually made me the person I am today,” said Carol.

Fellow para-cyclist and MS Australia Advocate, Emily Petricola has her own take on MS, saying “Just because you have MS, that is not what defines you as a person.”

“I was 27 when I was diagnosed, and it was really important for me not to be defined by this disease or let it rule my life. So, whilst a lot of challenges are going to be thrown at you in the course of your illness, it’s important to remember who you are and to stay true to that throughout it.”

Joining Emily and Carol in Tokyo is Janine Watson – the first athlete to represent Australia in para-taekwondo. A high school HPE (Health and Physical Education) teacher before her diagnosis, Janine loved sport and regularly played soccer, tennis and squash. She turned to taekwondo to try and get back some of that physical fitness following her 2007 MS diagnosis and within three months had won her first national title.

“I found taekwondo gave me the mental and emotional healing that I really needed when I got the diagnosis – learning to be resilient and to bounce back after being knocked down or losing another function of the body. That’s how I got involved with taekwondo and why I continue to do it 15 years later.”

MS impacts Janine’s daily life in a number of ways: she has ascending paralysis and needs to use a wheelchair when out in the community. But it’s also the things people don’t see: her lack of sensation, coordination and fine motor skills, which affect her as an athlete.

“It’s also the impacts of both the physical and cognitive fatigue, I have to plan my day very thoroughly and make sure that I get my training done in the mornings and then rest and recover in the afternoons so that I can then get up the next day and train again.”

For Emily, her MS means experiencing fatigue, tremors, neural pain and weakness across all four limbs. Prior to being diagnosed, she had always been fit and feels that becoming a para-athlete has given her back some of the identity that she lost.

“I never honestly would have thought that I was capable of doing high level sport, let alone becoming a multiple time world champion and achieving all of the things that I have achieved with this body, it’s an enormous achievement and something that I’m so proud of.” Janine says she’s inspired by a Greg McKeown quote, offering it as advice to aspiring Paralympians and anyone living with MS.

Carol’s advice for budding Paralympians is to, “Remember to believe in yourself.”

“Belief is the most important thing in the world; belief that you can accomplish what you set out to do. That’s just not for an aspiring Paralympian, that’s for anybody living with MS who wants to try something. Have the belief in yourself that you can do it.”

“Being a Paralympian with MS shows other people living with MS that anything is possible – I became a Paralympian at the age of 51, and if I can do it, then others can too!”, says Carol.

As MS Australia CEO Rohan Greenland says, “MS Australia and the MS community are behind Janine, Emily and Carol every step of the way and thank them for representing our country and people with MS.”

You can tune in to all the action on 7 plus from Tuesday 24 August. Look out for more updates from MS Australia on Janine, Emily and Carol’s progress. 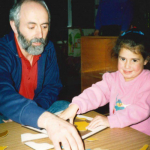 Meet the couple with a remarkable connection to MSFeatured Homepage, News 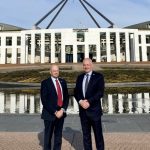 Trio to take on Tokyo Paralympics