The human body is made up of many different types of cells. The exact number of types is unknown, and more and more subtypes of cells are being discovered as technology gets better. MS Research Australia funded researchers have been using the latest technologies, which is giving them unprecedented insights into changes in particular subtypes of immune cells that occur in people with MS.

The invention of the microscope back in the 1600s gave scientists the ability to see cells for the first time, and over the years, microscopes have become better and better. They have allowed scientists to discover and characterise hundreds if not thousands of different types of human cells based on how they look and function. Now, newer technologies known as flow cytometry and mass spectrometry, have pushed the boundaries even further – splitting types of cells down further and further and finding new populations of cells never known to exist before. Why is this important? Well, some of these subpopulations of cells might be the cells that are causing disease and therefore accurate targeting of these cells may result in more specific treatments with fewer side effects.

What did the scientists do?

A group of researchers at the University of Sydney, including MS Research Australia funded researchers, have been busy delving into the immune system to see what cell types they could discover using the latest flow cytometry and mass spectrometry techniques. They have been examining and characterising the proteins on the surface of B cells, a type of immune cell, and have made some exciting discoveries.

What did they discover?

They have found nine distinct types of IgG3+ B cells. In other words, they found a specific subtype of B cell – one which makes antibodies of the class IgG3 – and also managed to characterise nine distinct types of these cells. They have catchy names like CD21+CD24+CD27-CD38- B cells, which denotes the presence or absence of the various receptors on the surface (CD21, CD24, CD27 and CD38 are names of cellular receptors). Receptors allow the cell to communicate with and bind to molecules surrounding it, such as antigens, the molecules that cause an immune response.

The scientists have recently published their findings in the journal Clinical and Translational Immunology. They have shown that some of these subtypes of B cells change depending on whether someone has MS or not. They also discovered these changes were more marked in people that have active MS, compared to those with  inactive MS. Changes in B cells were also seen if people have been exposed to narrowband UV radiation. Studies that have shown that sun exposure or exposure to narrowband UV radiation may reduce the risk of people developing MS and reduce the risk of disease progression.

What does it mean?

These findings highlight the exciting possibility new technologies provide, and that measuring these B cells may help us understand when a person with MS might develop active forms of the disease and how various treatments might be working, including UV radiation therapy.

So, in summary, the group has identified previously unknown subsets of cells which correlate with MS attacks on the central nervous system, suggesting that some of these subtypes of cells are potential targets for highly targeted therapies which could impact the progression of MS. 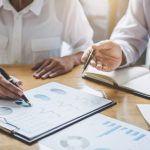 MS organisations to ‘speak with one voice’Featured Homepage, News