What are clinical trials?

Clinical trials are usually the final steps before new medical interventions are introduced to the clinic. They are the accumulation of extensive research and work, with many bright ideas failing to even reach this step.

Clinical trials are essential to prove that the new proposed intervention is more efficacious than what is currently used and to ensure treatments are evidence-based. Without such trials, there is no way to determine whether new interventions developed through research are effective or safe. In saying that, by the time an intervention gets to the trial stage a huge body of work has been done to try and ensure the safety of any procedure or treatment.

The pre-trial work consists of two stages of research. The first stage is the initial fundamental laboratory research, followed by the second stage that builds on fundamental scientific research to drive findings towards the clinic (translational research).

Trials can cover a broad range of treatment options or procedures. These can be a new diagnostic test, a new medication or a new intervention, such as psychological or physiotherapeutic  treatments or new medical devices. There are four phases to clinical trials which are explained in more detail below.

Phase 1 trials are the first time a new treatment or procedure is given to a person. This first step is to ensure there are no adverse effects in people, typically the treatment is trialled on small numbers of healthy volunteers (20-80 people) to confirm it is safe. Often the treatment is initially given at a low dose and then gradually increased. This is known as a Phase 1 trial.

The next step is Phase 2 trials, which are also primarily focused on safety but the number of participants increases (100-300 people). These are designed to start teasing out any possible side effects and measure the effectiveness of the treatment.

Phase 3 trials are bigger again and can easily include over 1,000 participants. Side effects are measured and the research ensures that the new treatment is more effective than no treatment (against a placebo) or existing treatments (against an active comparator).

Once a treatment has passed Phase 3 it is typically presented to the regulatory authorities for approval for use and made available to patients, however that doesn’t mean the research stops. The intervention then enters Phase 4 in which the long term outcomes are continually monitored in people using it around the world. This ensures that anything not picked up during the Phase 3  clinical trial (which are usually over a shorter time period) can be identified and assessed.

Clinical trials are meticulous in design and implementation, with strict enrolment criteria and data collection to ensure that the results are accurate and free from bias and other influences which would mask the true effect of the intervention under investigation. The way trials are carried out is a field of study in itself, and has been developed over many years. Current trial methods use techniques such as placebo control, blinding and randomisation to guard against bias and ensure that the results can be accurately interpreted.

So what are placebos, blinding and randomisation?

Placebos are a vital part of drug trials as it is well documented that doing anything in medicine can cause a strong, temporary, physiological response in the body – the ‘placebo effect’. In the  placebo arm of a clinical trial, the placebo participants will undergo a procedure or receive a tablet that seems identical, but without the active ingredient. For an intervention to be considered effective, it must show a significant effect over and above that seen in the placebo group.

Blinding is when patients, doctors and assessors do not know whether the patient is taking medication or placebo. This means that the effects of the intervention, including side-effects, can be objectively identified.

Randomisation refers to a trial design where patients are randomly assigned to either the treatment or placebo group to avoid any bias in patient selection.

When the results are put together from several clinical trials that all rigorously follow these international ‘gold-standard’ methods, there can be a high level of confidence that a new treatment is safe and effective. All of the 12 currently approved MS medications in Australia have gone through this long and rigorous process. They are the successful ones which have all been shown to be effective in the treatment of MS. Unfortunately, there have been a number of trials of potential medications and procedures which – when put to the test despite anecdotal evidence and hype – have failed to be effective.

Want to get involved in a trial?

Visit mstrials.org.au to find out more about the clinical trials which are currently underway and recruiting here in Australia and New Zealand. 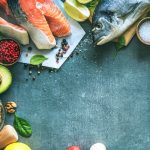 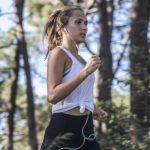 $2.1 million raised in record-breaking The May 50K campaignFeatured Homepage, News

What are clinical trials?