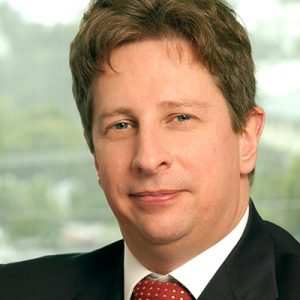 Neuromyelitis optica (NMO) is a rare variant of multiple sclerosis (MS) which accounts for approximately 1% of MS cases. Pathological studies and the recent identification of a specific antibody to a cell water channel (aquaporin-4) have led to the conclusion that this is a distinct demyelinating disease.

Antibody mediated autoimmune attack directed against astrocytes primarily in the optic nerve and spinal cord leads to a frequently devastating disease which often leaves patients with vision and mobility impairments. Limited data suggests that standard treatments for MS have little or no effect other than steroids for acute episodes. An association between NMO and other autoimmune diseases has been suggested.

The Australian and New Zealand (ANZ) NMO Collaboration is a team of over 30 neurologists and other researchers across ANZ who have an interest in demyelinating disease. This collaboration has over the past 12 months begun to collect clinical data and serum samples on cases of suspected NMO as well as age and sex-matched MS controls. This project aims to estimate the population prevalence of NMO, define the sensitivity and specificity of the aquaporin-4 antibody test (using several methods) and define the clinical features of NMO in the ANZ population.

The third element of the study would be to use the same DNA samples to perform a genome wide association study using chip technology which can test for 700,000 genetic variations at once. This data would be compared with existing data for MS cases and healthy controls which have already been collected and tested through the ANZgene consortium (over 3,000 samples). The aim of this experiment would be to identify any single or small collection of genes which might confer susceptibility to NMO and compare this with the profile of genes that are known to be associated with MS.

It is hoped that this study will help improve the diagnosis of NMO and distinguish it from MS. It may also shed light on the underlying predispositions and pathology of NMO.

To date the collaboration has been notified of 193 cases of NMO and MS. Of these, 45 have a classical NMO phenotype, 47 have longitudinally extensive transverse myelitis and 21 have recurrent and/or severe optic neuritis. The sample includes 40 MS case and there are 40 cases which remain unclassified at this point in time. Clinical, radiological and demographic information is being collected and is near completion.

For the first stage of the project, serum samples will be screened for the NMO antibodies and examined for markers of other auto-immune diseases to test for correlations. Serum has been collected from 130 individuals. Serological testing for NMO IgG using immunofluorescence has been completed for 130 cases and M23 AQP4 antibody testing using a cell based assay at Oxford University has been completed on 80 samples. Serum has also been acquired from 101 healthy controls. All collections are ongoing. Serological testing for other antibodies has just commenced and a second batch of 160 samples (cases and controls) has been sent to Oxford.

The second stage is also underway with DNA extracted from saliva in 44 cases so far.

It is hoped the results of this study will improve the diagnosis of NMO and potentially determine parts of the underlying pathology. 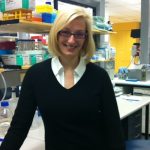