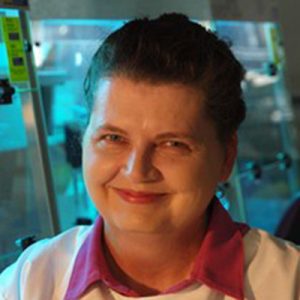 Recent reports suggest a beneficial effect of MS therapies targeting the white blood cells that produce antibodies. At present, however, there is little conclusive evidence to prove that the auto-antibodies are causing damage in MS.

Using blood and CSF samples from people with MS and healthy controls, Dr Greer's project aimed to identify if auto-antibodies directed against targets on the surface of three types of cells were present within the brain and spinal cord. These three types of cells are called oligodendrocytes (the cells that produce myelin), astrocytes (the cells that cause the “scars” in the brain and spinal cord in MS) and neurons (the nerve cells).

Dr Greer examined whether the level of a specific antibody was correlated with the clinical course or severity of MS. Blood has already been collected from a large number of MS patients, which will allow the correlation of antibody levels against a variety of disease characteristics. She will also investigate some mechanisms by which antibodies may affect the outcome in MS.

The significance of this study is that it will shed light on the role of antibodies in MS and may identify molecules involved in disease progression. This may lead to the development of new treatments for MS.

Dr Greer and her team started by growing oligodendrocyte-like cells in the laboratory and seeing which antibodies from the blood serum taken from people with MS are able to bind to the surface of the cells. The experiment required some optimisation compared the serum from 100 MS patients with 100 controls. They identified that the serum from approximately 80% of the MS cases would bind to the cells, compared to only about 10% of healthy controls.

A similar experiment was also conducted for cells grown in the laboratory from rat brain which consists of oligodendrocytes and two types of astrocytes. Many of the protein sequences are identical between rat and human brain, so these experiments were also applied to test whether the human MS serum antibodies would also bind to the rat cells. This analysis identified strong binding from antibodies within the MS serum, but comparatively low binding by the serum from healthy controls. This finding is important because it suggests that the antibodies in blood will respond to multiple types of brain cell.  The final part of this experiment aimed to identify the specific targets on the surface of these cells that the antibodies were binding to. Dr Greer has devised a novel method for determining the target of the antibodies and this part of the project will be underway soon.

The second aim of this project is to determine the function of these antibodies in MS. In particular, Dr Greer is interested to see whether the antibodies in the blood sera can ‘opsonise’ human myelin, a process that marks it out for immune response. Most serum from MS patients is capable of ‘opsonising’ human myelin to greater extent than sera from healthy controls or patients with other neurological disorders. The levels of ‘opsonisation’ were equivalent across the different types of MS.

On the basis of the results of this important project, Dr Greer obtained additional funding from the NHMRC to continue this work into exploring the mechanisms by which antibodies might affect the outcome in MS. In addition, a manuscript describing these results is currently in preparation. 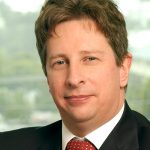 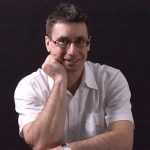