MS is a chronic disease of the brain and spinal cord that effects everyone differently. Due to the unpredictable disease course and treatment response, easily obtained biomarkers of disease activity in MS are urgently needed. At present, the clinical parameters that are used to assess disease activity and response to therapy depend on relapses rates, magnetic resonance imaging (MRI) outcomes and changes in disability. One possible marker is the amount of proteins in the blood known as neurofilament. These proteins are normally found inside nerve cells where they act as a skeleton for the cells, but as the nerve cells die, these proteins are released into the blood and they are thought to be a measure of damage that is occurring in the brain.

Elevated levels of these proteins have been found in other neurological conditions such as Alzheimer’s disease, motor neuron disease and in clinically definite MS. This study is looking whether these proteins are present in the blood of people who have experienced a clinically isolated syndrome (CIS - a first attack), before a full diagnosis of MS. If the neurofilaments are found, this may indicate damage occurring in the brain very early on in the disease process. This may help to identify people that would benefit from treatment prior to the onset of clinically definite MS.

Dr Pedrini has investigated whether the level of neurofilament proteins in the blood differ between people with CIS having ultraviolet (UV)-B treatment, people with CIS not having treatment, and people without CIS. These people were part of a clinical trial called PhoCIS (phototherapy for CIS), which was a 12 month, non-blinded randomised trial of the effects of narrowband UV-B phototherapy on radiological markers of disease in individuals recruited within 120 days of their first demyelinating event (first attack).

In the second part of the project, Dr Pedrini investigated whether baseline neurofilament levels were linked to conversion from CIS to clinically definite MS. After investigating this, no significant difference was found, but this was most likely due to low participant numbers. However, a trend was found between the level of neurofilament proteins and the volume of lesions, but more participants would be required to confirm this.

These findings are very promising, and although a larger number of participants would be required to confirm these, there is potential for neurofilament proteins to act as a marker for nerve damage in early MS.

Dr Pedrini has presented this work at an international conference and is currently preparing a manuscript for publication in a scientific journal. This work has also led to new international collaborations. 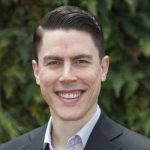 Gut bacteria’s association with the symptoms of MS? 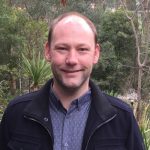