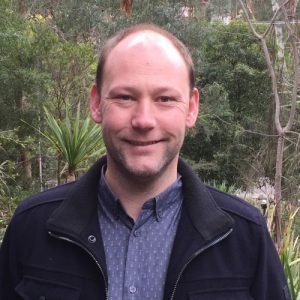 Up to 65% of people with MS experience changes in thinking functions such as memory, problem solving and the speed of which they can think. These changes can dramatically affect a person’s ability to perform everyday tasks and maintain employment.

At the moment, there is limited ability to measure and detect these changes in a person with MS, and the tests that are available are often time consuming. During his PhD, Mr Daniel Merlo, aims to use some brief, web-based, computerised tests to look for changes in these thinking functions in people with MS. He will also investigate what factors (such as brain size, employment and education level) impact thinking functions.

Web-based services have the advantage of reaching people in rural areas and those with limited mobility. This study will provide some insight into the decline in mental abilities in people with MS and could be implemented into clinical practice to help neurologists and people with MS determine their course of treatment.

Mr Merlo is using and validating a computerised test, called MSReactor, that monitors people with MS for changes in cognition (memory and speed-of-thinking). He is also investigating factors that impact this over a 3-year period including medication use, brain volume, employment and education level.

Mr Merlo has made excellent progress, with 1,253 participants enrolled in the test and having completed baseline testing. Almost 80% of the participants chose to complete MSReactor testing at home in addition to clinic-based testing, and almost 80% had completed an at home test within 3 months. Persistence with home testing was high, with approximately 90% of the participants remaining in the home testing cohort after 12 months. Through this work, Mr Merlo has investigated the barriers to home testing persistence and found that a slower baseline task performance and younger age were associated with greater rates of home testing discontinuation. The tasks of the test were well-accepted at baseline, with over 65% of participants reporting  that they were ‘not anxious’ during the test and 94% finding the test duration ‘about right’ – this was maintained after 6, 12 and 24 months of testing.

Mr Merlo has also generated and validated a statistical model that simplifies the data to groups of individuals sharing common underlying characteristics. He has identified three common cognitive directions, one of which is slowing processing speed, during the period of follow up. Using this data, these cognitive directions can be predicted with over 80% accuracy from just three repeated tests. It was found that participants with a slower baseline performance, higher disability and older age were more likely to be classified into the slowing class. It was also noted that disease duration, age at MS diagnosis or the effectiveness of therapy at baseline did not predict the future course of participants. Participants that showed signs of a worse course for all MSReactor tasks were more likely to experience a sustained slowing of reaction times. Participants that showed signs of a worse course for the attention and working memory tasks were over three times more likely to experience a disability progression event than participants in the ‘stable’ classes.

To date, 50 participants have completed commonly used cognitive measurement tests used in clinical practice concurrently with MSReactor. In addition, 379 participants have completed a computerised version of this test. Moderately similar results were found between MSReactor and all versions of the tests used in clinical practice.

It is hoped that this study will provide further information on the declining cognitive ability in people living with MS and will help with treatment options.

Mr Merlo has presented his research findings at national and international conferences and was successful in receiving funding from Novartis Australia which has funded study coordinator support at each clinical study site. He has also published several manuscripts in scientific journals and is preparing more for publication. 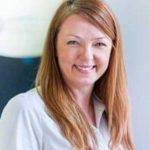 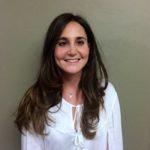 Online Mindfulness for People with MS