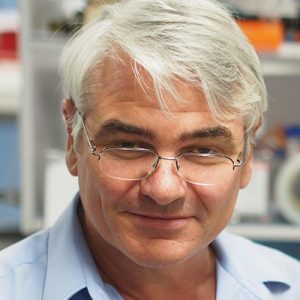 To date, every successful therapy for MS has been first successfully trialled in the existing experimental model of MS in the mouse, known as Experimental Autoimmune Encephalomyelitis (EAE). Nevertheless, this model has some significant restrictions in that it does not replicate the circumstances of disease initiation in humans and it also fails to replicate the multiple different immune targets (antigens) implicated in MS. EAE also does not model the involvement of B cells as seen in human MS.

In this project, Professor Baxter is proposing to develop a number of modifications to overcome these problems, in order to develop an improved platform for testing new MS therapies.

MS is associated with the production within the central nervous system (CNS) of antibodies (seen as oligoclonal IgG bands in cerebrospinal fluid). There is some evidence that the production of these antibodies may be driven by latent Epstein Barr Virus (EBV) infection of B-cells (the immune cells that produce antibodies) located in the brain and that this may initiate autoimmunity.

This project will directly test whether EBV, via its effect on B-cells, can initiate MS in individuals with a genetic susceptibility. If successful, it will also produce a spontaneous model of MS in which the autoimmune reactivity develops naturally against a range of CNS antigens, better simulating the situation observed in the human disease. Such a model could greatly improve the validity of preclinical studies of therapeutics designed to reduce relapses or modulate the severity of disease after onset.

Ms Susan Liu was recruited as a PhD student to work on this project, and she was awarded a very prestigious China/Australia scholarship to do so.

Over the past twelve months, Professor  Baxter and Susan have been working on the DNA needed to create a new mouse strain. First, Susan generated the recombinant transgenic constructs (DNA) that was needed to be injected into mouse germ cells, which will generate new mice pups. After this, large amounts of highly pure DNA were then injected into the mouse cells, and a range of transgene mice have been derived.

Further work using additional funding is ongoing and will cross-breed between two populations of transgene mice to create “double transgenic” mice. Analyses will then be undertaken to explore the effects of pertussis toxin on the brains of these mice. 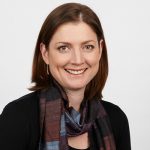 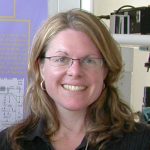