Bladder and bowel symptoms commonly occur in MS. The symptoms, including incontinence from the bladder and bowel, can have a profound effect upon an individual’s quality of life and self-esteem. If left untreated some urinary problems can have serious long term effects. Although research has highlighted the benefit in treating bladder and bowel problems, symptoms are often disregarded or tolerated by the individual, and overlooked or poorly managed by health professionals.

The first stage of this project will refine the screening tool, using people with MS, those without disease and feedback from MS nurses and neurologists. The second stage will implement the refined tool through MS nurses in Australia and New Zealand. The third stage will identify whether treatment initiated by a continence nurse, based at the Eastern Health MS Service, improves bladder problems and reduces the burden and impact of bladder symptoms on people with MS.

People identified with bladder issues will be offered either immediate treatment or individualised information to help deal with the specific problem, and later compared to determine whether immediate treatment was beneficial. Identifying continence issues is vital in MS to reduce the possibility of long-term bladder and bowel dysfunction, and contribute to improved quality of life for people with MS.

It was evident from data analysis comparing the two groups that the tool easily differentiated between MS patients and non-MS participants on almost every question of the continence screening tool. Encouragingly, the distribution of responses to almost every question in people with MS was broad, allowing for greater capacity to measure change in responses following the commencement of treatment. Further analysis to determine which questions showed the strongest correlation allowed the removal of similar and redundant questions.

A final version of the continence screening tool has been finalised for the intervention stage of the trial.  This one page double-sided tool taking MS Nurses up to 10 minutes to complete, aims to determine the nature of continence symptoms which explores the degree of bother and impact of bladder and bowel symptoms, and measures the prevalence of symptoms in MS populations around Australia and New Zealand.

Presently ethics approval for individual sites is being sought to commence the intervention stage of the trial.  MS nurses around Australia willing to participate have also participated in day-long continence workshops including education in anatomy and physiology of bowel and bladder function, dysfunction related to MS, assessment and screening methods, and interventions that may be used by nurses. 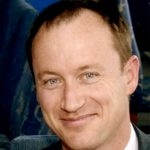 Understanding the immunological role of EBV in MS 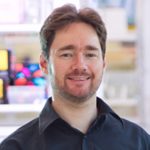