Myelin is the protective coating around nerve fibres in the brain and spinal cord. In MS, the immune system mistakenly attacks the myelin. In progressive MS, there is a gradual increase in disability without periods of remission. This gradual loss of myelin may be the cause of progressive MS.

In previous studies, it was found that the molecule called MCT8 is lacking in some people with MS. This molecule is found in the cells that make myelin, called oligodendrocytes. Without sufficient amounts of MCT8, the oligodendrocytes die and do not produce myelin.

In this project, Dr Steven Petratos and his team will perform some pre-clinical studies to determine if a potential therapeutic is able to stop and potentially reverse the loss of myelin in the brain. This therapy may allow the oligodendrocytes to survive and produce myelin, allowing the body to repair itself. This research may lead to a new therapeutic option for people with progressive MS.

Dr Petratos and his team have examined the levels of the thyroid hormone transporter, MCT8, during mouse development and adulthood, and how it is affected in immune cells and the cells that make myelin in laboratory models of demyelination. He has also investigated the levels of MCT8 in human brain tissue with neurodegenerative disorders.

Dr Petratos has shown that MCT8 levels are maintained in the precursor cells to the myelin producing cells throughout mouse development, suggesting it plays a role in their maintenance. In the laboratory models of MS, MCT8 levels are substantially increased in immune cells and decreased in the myelin producing cells. A better understanding of the changes caused by myelin loss at a molecular level will provide new therapeutic targets to combat MS.

Dr Petratos has also shown that thyroid hormone signalling (a chemical system by which cells communicate with each other) is reduced in laboratory models of MS and altered in human brain tissue with neurodegenerative disorders. While more analysis of these findings is required, this suggests that thyroid hormone transporters, such as MCT8, are necessary for cellular maintenance during mouse brain development, which is altered in adult conditions where myelin is lost. Dr Petratos is currently in the process of testing the drug, DITPA, in these models of demyelination. These findings may provide a new platform for investigation of novel interventions in progressive MS where treatments need to both limit further degeneration and promote remyelination.

Dr Petratos has presented his research at national conferences and has received further funding from the Bethlehem Griffiths Research Foundation. 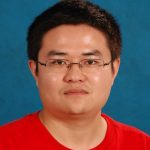 What role do natural killer cells play in MS?