The genome of a person’s cell is identical in different cells. So one way that cells take on different function is to express, or switch on, different genes. microRNAs (miRNAs) are part of the cell’s machinery used to help switch on, or change the level of activity of different genes. miRNAs are small molecules known to play roles in cell growth, cell death, development of tissue types, and disease processes.

Ms Sanders was awarded an MS Research Australia- Trish MS Research Foundation scholarship to investigate the role of miRNAs in MS. Since miRNA function differs between cell types, Ms Sanders set out to look directly at the miRNA profile in MS lesions taken from the brain tissue of people with MS, something that has only been done in a limited capacity before. Since miRNA molecules are remarkably stable, there is also great potential for them to be used as biomarkers to diagnose and predict disease outcome in MS.

This study will combine array data and miRNA sequencing to fully investigate miRNA dysregulation in MS and correlate these changes in circulating body fluids to identify potential biomarkers for diagnosis and potentially further elucidate mechanisms that underlie the disease process in MS.

In the first stage of this project, Ms Katherine Sanders looked at miRNAs taken from specific immune cells (CD4+ T cells) of people with secondary progressive MS and compared them to healthy controls and those with relapsing remitting MS. Within these immune cells, Ms Sanders identified a generalised decrease in expression of miRNAs compared to healthy controls and from people with RRMS. She found several specific miRNAs have an altered activity in SPMS, including miRNAs that target a gene involved in regulating the activity of the CD4+ T immune cells. This pathway had not previously been identified in MS and so this discovery marks an exciting first achievement by Ms Sanders in her PhD studies.

Ms Sanders showed that this lower expression of miRNAs in SPMS leads to further changes to markers of gene activity known as DNA methylation and a reduced activity of CD4+ T cells when compared to RRMS and healthy controls. Importantly, this indicates that these cells will be less active in SPMS, and helps explains why immunosuppressive therapies are less effective in SPMS.

During the second stage of her project Ms Sanders used valuable brain tissue from the [MS Research Australia Brain Bank] http://www.msbrainbank.org.au/ to examine the full profile of miRNAs in MS lesions and neighbouring tissue. She used an exciting new technique called NanoString technology to determine the miRNA signature in the brains of people with MS, specifically from the areas of the brain that appeared normal, or unaffected by MS. This technology allows highly accurate data to be obtained from very small amounts of tissue, which is a very important consideration when using precious brain tissue samples. The specific miRNAs are tagged with fluorescent barcodes and then accurately counted via microscope images. Ms Sanders discovered evidence that neurodegenerative processes are also occurring in the normal appearing areas of the MS brain in secondary progressive MS, preventing oligodendrocytes from maturing and thus making myelin. This indicates that SPMS may be beginning in people with MS even before physical evidence can be seen in scans or through clinical measures.

Ms Sanders has made some incredibly important discoveries during the course of her PhD and contributed greatly to our understanding of immune cell function and nerve degeneration in MS. In particular, she has provided key evidence for the diminished inflammatory activity suspected to occur in secondary progressive MS and begun to reveal some of the mechanisms that may contribute to ongoing neurodegeneration and disability.

During her scholarship Ms Sanders presented her findings at national and international conferences, and published one paper with two more in the pipeline. She is currently writing up other findings from her PhD studies.

Summer School on Genetics in MS 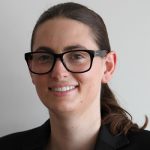