The University of Tasmania, TAS

Fatigue is a symptom of MS that is experienced by up to 90% of people with the disease. It affects the entire lifestyle and work productivity of with people with MS.

To begin with, this study will investigate the relationships between self-reported levels of fatigue and declining performance on cognitive tests and everyday functioning. After this, Dr Honan will examine if these measures are related to biomarkers in the blood from a specific biological pathway, the kynurenine pathway. Her team will also examine if the relationships between cognition, fatigue and the biologic markers are different in people with and without MS.

This study will further our understanding of fatigue and its diagnosis, which will facilitate development of more targeted and effective rehabilitation and treatment options.

Dr Honan aimed to clarify the relationship between self-reported fatigue and declining mental abilities over time. Using an online system and by performing in person tests, Dr Honan and her team discovered that people with MS are more likely to fatigue when performing lengthy tasks rather than mentally challenging ones. They were also less self-aware of declining mental abilities than people without MS during a single session. More research is required to determine why this is the case.

Dr Honan found that self-reported mental fatigue, rather than physical fatigue, was linked the ability of people with MS to function in social environments. However, physical fatigue was more closely linked with reduced working hours and other work related outcomes.

This year Dr Honan plans to work with Dr Edwin Lim and his team at Macquarie University, NSW, to investigate the biochemical processing pathway, known as the kynurenine pathway, in people with and without MS. Her team aims to determine if there is a relationship between this pathway and fatigue that could be used as a biomarker for fatigue in MS.

The results from all studies significantly add to the existing MS literature. This research indicates that factors other than changes in actual levels of cognitive functioning (e.g., management of fatigue) are related to the experience of cognitive fatigue in MS. The findings of this pilot study provide some insight into the possible underlying mechanisms of cognitive and social difficulties in people with MS. However, more research is needed to fully understand this relationship. Better understanding of this will also help in the development of therapies targeted to the specific mental, physical and biochemical problems at play in MS. This could potentially include future randomised-controlled studies using medicinal and non-medicinal treatments that act on specific metabolites in the brain’s kynurenine pathway.

As a result of this grant, three new collaborations were formed, and one honours thesis was submitted. Another honours and master’s theses are planned to be submitted in July 2017. 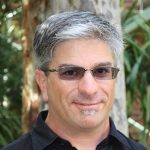 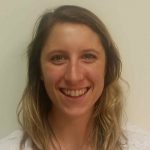