Gut bacteria and intermittent fasting in an MS model 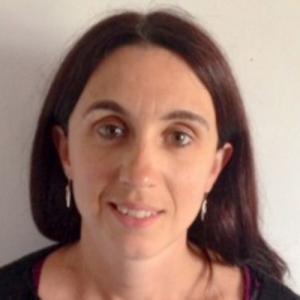 MS is characterised by immune cells attacking and destroying myelin, the insulating component of nerve cells in the central nervous system. MS is more common in western countries compared to Asia and Africa and this is due to genetic differences and environmental factors, such as diet. One way diet may be playing a role is by shaping the bacteria in our guts. There is now strong evidence that gut bacteria play a critical role in regulating immune responses in MS and other diseases. Butyrate is a molecule produced by gut bacteria and the amount produced is dependent on a person’s diet. Butyrate changes the way immune cells function by sticking to a protein on their surface called GPR109A.

Associate Professor Laurence Macia and her team have shown that intermittent fasting is very effective in improving symptoms in a laboratory model of MS. Preliminary results have also shown that levels of butyrate increase with intermittent fasting. Associate Professor Macia and her team plan to study whether the beneficial effects they see in their models of MS are due to butyrate and GPR109A interacting together.

The study found that the absence of GPR109A leads to a delayed onset and less severe disease in a laboratory model of MS. This outcome was the opposite of what the study investigators expected to see. This suggests that GPR109A may be a new target to control inflammation in MS in the future. The researchers also found that the background diet (either normal diet or intermittent fasting) did not have any impact; it was the lack of GPR109A that made the difference. The absence of butyrate also resulted in reduced disease severity. As with all laboratory research, it must be remembered that results at this level do not directly transfer to humans living with MS at this point. The context of the laboratory research is to provide insights for further exploration.

In the next year, the study team hopes to conduct further research to better understand the mechanisms underlying these new discoveries so that their importance and relationship to MS can be established. Associate Professor Macia and her study team plan to explore dietary interventions and how macronutrient compositions (carbohydrate, fat and protein) could affect MS. An online intervention for fatigue in MS

Gut bacteria and intermittent fasting in an MS model