How do the MS risk genes alter immune cell function? Recent efforts by the local ANZgene Consortium and International MS Genetics Consortium have used large scale experiments of remarkable power (called genome-wide association studies, GWAS) to reveal the genes that affect susceptibility to MS. A clear pattern of genes expressed in immune cells and genes involved in immune function have emerged. Identifying the mechanisms that underlie the genetic susceptibility to MS will improve understanding of disease progression, which in turn should allow development of better therapeutic approaches.

The recent large-scale collaborations have identified the genes conferring the largest effect on susceptibility to MS, however the mechanism behind these effects are not well understood. Associate Professor Booth is now focussing his research on why these genes contribute to MS. He is particularly interested in whether the activity level of the gene may be the reason for the connection seen between the gene and the risk of MS.

The initial work includes several genes involved in immune regulation and vitamin D processing. Genes of interest include IL7R, CD40, CYP27B1 and CYP24A1, and transcription factor genes. The first stage examined cells which were taken from twenty people (who do not have MS) and then grown in the laboratory for analysis. Using this method, Associate Professor Booth and colleagues have linked different forms of particular MS genes with the level of gene activity in immune cells.

This project found evidence that the genes regulating Vitamin D activation likely function through their effect on dendritic cells. For one gene, IL7R, Associate Professor David Booth and his colleagues have demonstrated a role of this gene in regulating immune activity in the central nervous system. Another gene, the CD40 variant, may increase risk of MS via altered gene expression on cell surfaces, but the mechanism  for this remains unclear. Additional NHMRC funding was awarded to  Associate Professor Booth and colleagues to continue investigating the functional effects of these genes.

Additional work identified that transcription factor genes are associated with MS, and may be able to differentiate subtypes of MS with different immune cell abnormalities. This finding has huge potential for use as a biomarker of molecular subtypes of MS, which may also have implications for different treatment responsiveness across individuals. Additional NHMRC funding has been awarded to investigate therapeutic intervention in people with Clinically Isolated Syndrome, which can be a precursor of MS.

This work will improve understanding of disease progression which in turn should allow development of better therapeutic approaches. 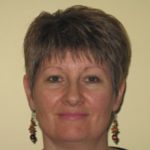 Measuring the benefit of a neuropsychological assessment in MS Molecular and cellular regulation of immunity in MS

How do the MS risk genes alter immune cell function?