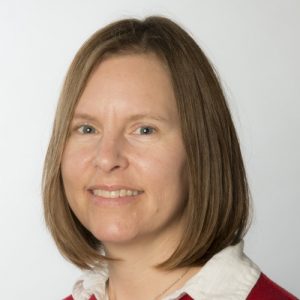 MS is a disease that kills myelin cells, which are necessary support cells for neurons and are critical for their function. A key event in the development of MS lesions is the death of the myelin producing cells called oligodendrocytes. The body is able to repair through regenerating oligodendrocytes, but remyelination is incomplete and becomes less efficient over time. Enhancement of this natural process is a promising approach to treat MS.

Dr Holly Cate is investigating the role that the protein BMP plays in myelin production and repair. Bone Morphogenic Protein or BMP is involved in sending signals between cells to change their behaviour - cell-signalling. BMPs inhibit the production of early oligodendrocyte cells during an MS relapse and thus prevent remyelination. Dr Holly Cate will test in animal and human tissue if blocking BMP signalling will enhance myelin repair.

Dr Cate’s research uses a non-autoimmune experimental model of MS which shows central nervous system (CNS) demyelination and remyelination following injection of a toxin that damages myelin. She has shown that BMP signalling is increased in chronic myelin lesions and that the signalling is greater in older lesions. When levels of BMP were reduced, an increasing number of myelin-producing cells were found. However, there was no evidence yet that this resulted in increased myelination. Dr Cate also created a transgenic (genetically modified) mouse model that was used to demonstrate that blocking the BMP signaling in the brain was able to enhance the remyelination process in these mice.

Dr Cate’s research has also looked at human brain tissue to examine human multiple sclerosis lesions. She has established that BMP signalling is active in human MS lesions and that BMP activity is localized to oligodendrocytes, the cells responsible for the myelin sheath around axons, as well as other cells found within MS lesions.

Although the MS Research Australia funded component of this project has been completed, the exciting results obtained during these experiments will be continued in future projects. The next stage of these experiments will test whether differences in BMP signalling also occurs in chronic lesions in humans. Dr Cate will investigate whether this contributes to a block in the development of early oligodendrocyte cells into fully mature myelin producing cells and lack of remyelination in MS.

This work represents progress towards increasing our understanding of the molecular causes  of brain lesions in MS. The ultimate aim of this line of research is to develop a new therapeutic strategy that complements immune targeted therapies and benefits people with MS as it will have the potential to increase myelin repair, prevent permanent axonal injury or loss and decrease functional decline. 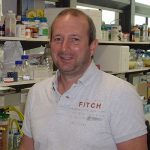 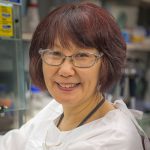