Dr Jun Yan and her colleagues have previously found that a protein called NF-κB is over-activated in people with progressive MS compared to healthy subjects and people with relapsing-remitting MS. NF-κB plays a very important role in controlling inflammation. Their findings suggest that NF-κB might contribute to the development of the chronic inflammatory autoimmune attack and disease progression in MS, especially progressive MS. In this study, Dr Yan will critically examine the inflammatory role of NF-κB in progressive MS and the underlying genetic mutations that lead to its abnormal activities.

To understand why NF-κB activation is increased in people with progressive MS, Dr Jun has been studying molecules that regulate the activation of NF-κB. She has specifically been looking for any mutations in these molecules that may be specific to MS. Most interestingly, Dr Jun has found that 14% of people with primary progressive MS (PPMS) have mutations in a gene that encodes one of those regulatory molecules; in comparison, less than 4% of healthy controls or people with relapsing-remitting MS (RRMS) or secondary progressive MS (SPMS) have mutations in this gene. This suggests that this gene may be important in controlling the chronic inflammation in the brain and spinal cord in some people with PPMS.

The results will improve our knowledge of the role of NF-κB in progressive MS and may lead to the identification of new drug targets for the treatment of MS.

Computational analysis of the mutations showed that they were predicted to have functional effects on gene activity and in an artificial system in the test tube the function of the gene was shown to be changed, specifically reducing its activity. As this gene is an inhibitor of NF-κB, reducing its activity would result in an increase in NF-κB gene activity which would be consistent with the situation seen in people with MS.

The function of these genes will now be tested in cells taken from people with MS and grown in laboratory. However, the results thus far suggest that these mutations may be very important in controlling the chronic inflammation in the brain and spinal cord in some people with MS. 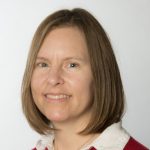 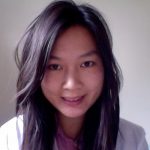