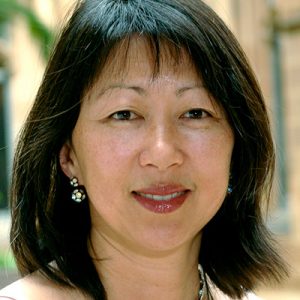 Transplants of healthy cells to replace those damaged during MS could curb if not eliminate disability in people with MS.

The direct cause of MS remains unknown. What is seen as MS progresses is an attack on oligodendrocytes impairing their ability to replenish the outer covering of myelin around neurons. The result is cumulative disability. A tissue transplant would replace damaged oligodendrocytes with healthy new cells.

The next stage involves actually transplanting these cultivated early oligodendrocyte cells into mice with MS. If transplants can improve the clinical disability in mice with MS, it could open the door to new therapies for the treatment of MS.

Dr Tailoi Chan-Ling’s main aim is to isolate human oligodendrocyte precursor cells (OPCs) from human neural stem (NS). Because OPCs only develop into oligodendrocytes - the cells damaged in MS, Dr Chan-Ling’s will generate these cells to understand the cell biology and future use in transplantation studies to replace damaged tissue.

NS cells are able to generate all neural tissue types – this is a great advantage but also a double edged sword. While NS cells can be expanded to large numbers, the ability to control the types of cells that they generate has been elusive. Dr Chan-Ling’s studies will allow the generation of significant numbers of human derived OPCs, thus facilitating our understanding of how these cells function and how best to apply these in the treatment of MS.

The ‘neurosphere assay’ is a means of expanding NS cells into large numbers.  Our previous research has shown that we can generate floating aggregates that contain human OPCs. However, these conditions are not permissive to OPC development in significant numbers.

When grown as neurospheres, NS cells slowly lose the ability to generate OPCs. By determining the effect of various factors, we are now able to increase the proportion of OPCs generated by the neural stem cells. Dr Chan-ling has found that it is crucial to block the bone morphogenic protein (BMP) 4 signalling cascade in order to have successful development of OPCs from human NS cells. To do this Dr Chan-Ling used the small molecule antagonist ‘noggin’.

Dr Chan-Ling was the first to show that noggin significantly increases the number of OPCs derived from human NS cells, thus making possible for the first time a source of human foetal derived oligodendrocytic precursor cells for future application in demyelinating conditions including MS. 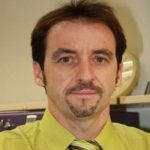 Involvement of the kynurenine pathway in MS