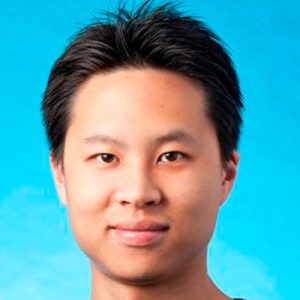 The cells of the immune system develop with the ability to recognise and attack a near infinite number of different targets through the random generation of specific receptors (docking molecules on the surface of cells). This allows the body to protect itself against almost any bacteria, virus or fungi which the body may never have previously encountered. However, in order to avoid the immune system targeting the body itself, immune cells are “taught” during their development what not to target by exposure to proteins of the body.

While it is unknown what triggers MS, it is clear that the immune system is damaging the body when it should not. A number of drugs that suppress the immune system can be used to treat MS, however these drugs do not constitute a cure.

This project aims to test the potential of a new procedure that may target this loss of “self-tolerance” towards molecules of the brain and spinal cord in MS. The procedure utilises gene therapy to introduce genes encoding nervous system ‘self-proteins’ into the bone marrow stem cells that give rise to all immune cells.

The aim is that these stem cells will then develop into the cells of the immune system that present self-proteins to the other immune cells and ‘re-educate’ them to be ‘self-tolerant’.

This procedure has been shown to work in animal models of MS, however, it is not known exactly how the procedure works at the cellular and molecular level. Understanding how exposure to self-protein influences the immune system and fine-tuning this procedure will bring it one step closer to use in humans.

The first aim looked at whether transplantation of stem cells from bone marrow were able to re-educate immune cell subtypes (B cells and T cells) to not attack a specific myelin protein called MOG. This was tested in two separate experiments in mice, and showed that transplantation of the stem cells did prevent the auto-immune attack on MOG. This involved designing a novel method for the introduction of genes to the stem cells, which will be published shortly.

The final stage of the research aimed to test whether these new reprogrammed cells are able to protect the mice against developing MS-like disease. This work showed that in mice with the newly reprogrammed cells, there was a 50% reduction in developing MS-like disease. Jie-yu carried out  experiments to determine which immune cells (B cells, T cells or dendritic cells) were required to most effectively protect these mice against disease, using his novel technique. Interestingly, these experiments showed that re-education of T or B cells was sufficient to prevent the damage to myelin. This effect was mediated by a reduction in T effector cells that attack MOG rather than a change to the regulatory T cells.

This excellent work has shown that the immune system can be manipulated to prevent the development of cells that mediate damage to myelin in MS. The new work will shed light on the cells which are important in preventing the development of immune cells involved in the attack on myelin. 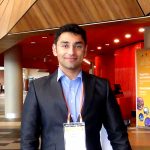 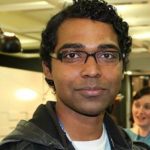