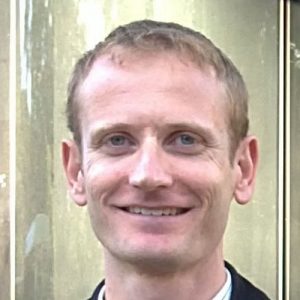 In MS, the immune system mistakenly attacks the protective layer on nerve cells known as myelin. The removal or damage of myelin is known as demyelination and it results in some of the symptoms observed in people with MS. Current treatments for MS focus on suppressing the immune system and there are yet to be any therapies developed that promote the re-myelination of nerves, which is needed to reverse MS symptoms.

Associate Professor Anthony Don has developed evidence that a naturally occurring signalling chemical in the body known as sphingosine 1-phosphate (S1P), is important for the creation and maintenance of myelin. One of the MS medications, fingolimod (Gilenya), which modulates the immune system, is known to mimic S1P and there is some evidence to suggest that it might also promote remyelination. How it might do this, however, is not yet clear.

This project will aim to determine how S1P might stimulate myelin repair and assess whether this S1P is needed for the body’s natural ability to remyelinate nerves following an MS relapse. The work has direct and immediate significance for MS, as it will clarify whether drugs, such as fingolimod and other similar drugs currently being developed, should be investigated as myelin repair therapies, as well as immune modifying treatments for MS.

In the second part of his project, Associate Professor Don conducted a pilot study to determine whether giving drugs that mimic S1P protect the myelinating cells and prevent severe myelin loss. He has established that the newly approved treatment for secondary progressive MS, siponimod (Mayzent), protects against the loss of myelin in a low inflammatory laboratory model of MS. This result is important as this laboratory model for MS is not dependent on the immune system’s involvement. These findings suggest that siponimod protects myelinating cells and myelin independent of its primary clinical mechanism in modulating the immune cells that play a role in MS.

These exciting results warrant further research into the role of naturally occurring S1P in protecting against the loss of neurological function in MS, and the potential for drugs mimicking S1P to promote myelin repair.

Associate Professor Don has presented this work at national conferences and is currently preparing a manuscript for publication in a scientific journal. Development of a Toolkit for Collaborative MS Research