Associate Professor Greer will be investigating whether it is possible to use immune stem cells from people with and without MS to regenerate a mouse immune system. Her team will also determine if the mice spontaneously develop MS or similar disorders. Whilst others have regenerated a human immune system in mice lacking an immune system, they did not use cells from people with MS, and these previously attempts failed to develop a specific type of immune cell known as CD4+ T cells, which are crucial for the development of MS.

The creation of this model, would be useful for studying the development of MS, and for testing new therapies for MS.

Associate Professor Greer and her team have successfully used cells from people without MS to recreate an immune system in mice without one. The mice develop features of a functionally normal immune system, such a lymph nodes, thymus, and spleens, produce human-like antibodies, and produce blood cells to similar levels that would be found in human blood. Of significance, these mice also produce CD4+ T cells, which previous attempts had lacked.

Associate Professor Greer’s team has also been able to show that when the immune cells where stimulated they can infiltrate  into the brain, and were able to attack the myelin. This process is important as it is a crucial feature of the MS disease.

The team has begun recreating the model with cells from a person with MS. They are studying if an MS illness develops spontaneously, or whether there needs to be additional triggers.

If successful this project will generate a mouse model of MS which would be very useful in studying fundamental questions related to the development of MS and also for testing new therapeutic agents for MS. 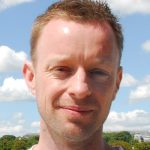 Copper delivery as a potential treatment for MS