During the process of demyelination seen in diseases such as MS, oligodendrocytes are the key cell type damaged with a subsequent loss of myelin. Following loss of myeling (demyelination), remyelination does occur naturally in the human disease, but is often incomplete, and ultimately can fail as the disease continues. One important goal of MS research is to identify factors that could be involved in the myelination process, either during initial development of the brain or following a demyelinating event. This knowledge may then be used as a basis for the development of new drugs to assist in the myelin repair for people with MS.

The team have previously shown that the protein Gas6 can directly increase myelination in cell system grown in the laboratory. Gas6 can bind to three different receptors known as Tyro3, Axl and Mertk, collectively known as the TAM receptors, and any of these could be the relevant receptor for Gas6 to stimulate myelin repair. It will be crucial for drug design to know exactly which receptor is involved, therefore in this pilot project the team aim to obtain data to confirm or refute whether the most likely candidate, Tyro3, is the most appropriate target receptor.

The results generated will form the basis for preliminary data to support future larger grant applications to further develop this novel therapeutic approach.

The primary target of attack in MS is the cell that produces myelin, the protective sheath around nerves. The loss of myelin impairs nerve function by disrupting electrical impulses, and exposing axons to immune attack. Although the body can repair some of the damage, this process ultimately fails, leading to the death of nerves. It is the accumulation of nerve damage during the course of the disease that is thought to be the cause of disability progression in MS. Current MS therapies, however, work by suppressing the immune response, and although efficient in limiting the relapses that characterize the early phase of MS, they do not prevent patients from entering the secondary progressive phase of the disease, for which no treatments are available.

Therefore, there is a clear need to identify targets that can form the basis for the development of novel treatments to improve the extent of myelin repair and either slow or prevent disability progression in MS. In this project, the team have identified that a protein known as Tyro3 is involved in the process of myelin production. In the absence of Tyro3, the myelin-producing cells are not able to normally myelinate nerves, identifying Tyro3 as a bona fide target for future research aimed at developing new therapies for MS. 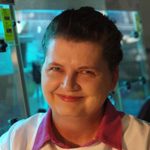 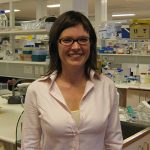