Their recent study has revealed that this process of lesion expansion is initiated by the loss of myelin around chronic lesions. They have also demonstrated that the degree of lesion expansion depends on the distance from the ventricles (a structure in the middle of the brain filled with cerebral-spinal fluid) and is strongly associated with the size of the network of small vessels inside the ventricles (choroid plexus), which is likely to play a very important role in sustaining chronic inflammation in MS.

The team are now investigating the relationship between plexus enlargement and inflammation around chronic lesions by examining people at the earliest stage of MS. In addition, they also plan to investigate potential effects of remyelination therapies in preventing damage of brain tissue around chronic MS lesions. If confirmed, this will suggest that people living with MS displaying a significant degree of activity at the rim of chronic lesions may benefit from remyelination therapies. Based on the outcomes, the team will then develop an AI based model to assist in modelling lesion activity in a fast and semi-automated manner. 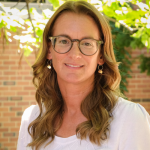 Shedding light on diet in MS to improve disease outcomes 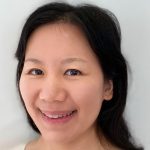