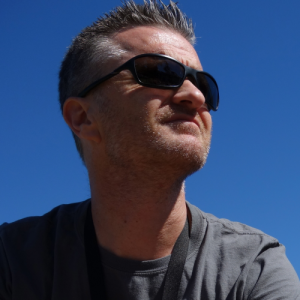 Myelin is a sheath that encases the nerve cells of the brain and spinal cord and helps them to send electrical signals quickly and efficiently. The growth and repair of myelin is controlled by many different factors. Associate Professor Hughes and his collaborators, including MS Research Australia-funded Dr Simon Murray, are studying the role of the brain-derived neurotrophic factor (BDNF) protein in controlling the growth of myelin.

In the brain, BDNF binds to a docking station, or receptor, called TrkB. TrkB is found on myelin-producing cells, called oligodendrocytes. When BDNF binds to TrkB it activates it, and this sets in train the processes needed for the normal growth of myelin.

Treatments that can encourage myelin repair are greatly needed for people with MS. Simply using BDNF itself as a drug is not a feasible treatment option as it is very slow to cross the blood brain barrier as it is too large, and it is quickly broken down by the body. Instead, Associate Professor Hughes and his colleagues have developed a smaller molecule that mimics the actions of BDNF called TDP6.

Early analysis of TDP6 showed promise for increasing myelin growth in cells grown in the laboratory. However, synthesis of TDP6 is time-consuming and low yielding. Associate Professor Hughes identified its slow synthesis as a major bottle-neck to further research that may produce a therapeutic to promote myelin growth in MS. With the incubator grant awarded through MS Research Australia in partnership with the Trish MS Research Foundation they team have begun to overcome this bottle neck.

In addition to being time consuming and producing low yields, the protocol to develop TDP6 required the use of dangerous chemicals. With the help of this incubator grant, Associate Professor Hughes and his team have experimented with a number of different synthesis methods, many of which have been deemed inappropriate. They have successfully developed a new strategy to produce TDP6 that is faster, does not require the use of dangerous chemicals, and has increased the yields in the first steps in the synthesis protocol. New variations of the TDP6 molecule were also created, and are currently being tested in the laboratory to confirm that they can also activate TrkB.

This small grant enabled the team to leverage other funds for the purchase a new piece of equipment, a liquid chromatography mass spectrometer. This piece of equipment has been put to good use, rapidly assessing the success of the altered synthesis protocols, and will improve the outputs from this laboratory and others in the department in the future. The team were also awarded an MS Research Australia project grant to continue the exciting development of these potential treatments to enhance myelin repair for people with MS. 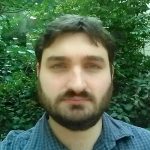