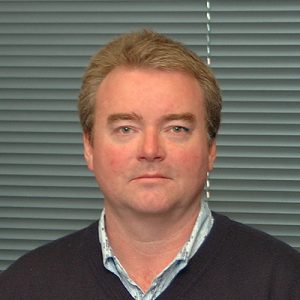 The University of Adelaide, SA

This national research project aims to discover the proteins involved in the development of multiple sclerosis (MS). It is the first of its kind in Australia and one of the first of its kind in the world.
It is a major national MS collaboration between three Australian universities and the Sir Charles Gairdner Hospital, with the University of Adelaide as lead institution. Commencing in 2010 the project will be funded over four years through the Australian Research Council's (ARC) Linkage Projects funding scheme in partnership with MS Research Australia.
"With MS, there are a number of major stages that occur in the disease, including activation and remission," says Prof Shaun McColl, Deputy Head of the School of Molecular & Biomedical Science at the University of Adelaide.
"At each of these major stages, certain genes are activated.  Those genes generate proteins, and we believe these could have the effect of switching the disease on and off.  If we can discover the key proteins and their roles in the development of MS, we could go a long way towards finding potential treatments or cures for the condition,"
Most research to date has focussed on investigating a limited number of specific molecules and this has resulted in slow progress in our understanding of the pathogenesis of MS.
Proteomics is the large-scale study of proteins and their structures and functions. It utilises methods that allows the simultaneous capture and study of thousands of proteins in a biological system at any given time – the proteome.
This project aims to identify specific molecular changes in the CNS proteome that correlate with different stages of disease in MS. The result of this research is likely to lead to the identification of new proteins that can be targeted for the development of new therapies and diagnostics for MS.

Aim 1 – Establishing the techniquesThe core aim of this project was to develop state-of-the-art proteomics technologies for the Australian MS research community and this has been successfully achieved. The Adelaide Proteomics Centre has developed two highly sensitive and accurate technologies for comparative proteomics experiments. In addition, they have established the innovative new proteomics technology known as imaging mass spectrometry that is available in only a very few proteomics facilities in the world. This allows a molecular profile to be generated and matched to microscopic features within the tissue, for example, across the width of an MS lesion.

Crucially, the team have demonstrated that this technology can be applied to both fresh-frozen tissue as well as archived, formalin preserved tissue which opens the way to study human tissue samples that have been collected over a number of years. The team will shortly submit a manuscript on the techniques for publication in the peer-reviewed scientific literature.

One of the major cell types believed to control the damage to the central nervous system during MS are the white blood cells known as T lymphocytes, which accumulate in the brain and spinal cord (CNS). Over the first two years of this project, the team applied the new mass spectrometry platforms to conduct the first two global assessments of the proteomes of T lymphocytes invading the CNS during MS-like disease in the mouse.

The team have identified over 300 proteins in a chronic-progressive model and almost 1500 proteins in the relapsing-remitting model of MS, many of which have not previously been implicated in MS. The team are currently conducting a deeper analysis of the data using a bioinformatics approach to narrow down the most significant molecules that warrant further investigation. Three proteins have proved to be of particular interest, which are the subject of ongoing experiments.

Work also continues in using the new imaging mass spectrometry technique to determine protein changes across lesions in the mouse model of MS to provide vital information on the changes that occur at the interface of the lesion and the neighbouring normal tissue.

Aim 3 – Determining the therapeutic and diagnostic potential of identified proteins

Excellent progress is now being made in further investigations in the individual projects of the collaborating MS researchers. The imaging mass spectrometry technique has now been optimised in samples of healthy human optic nerve. In collaboration with Prof Bill Carroll, from the Sir Charles Gairdner Hospital in Perth, analysis will soon commence in human optic nerves affected by MS.

Dr Judith Greer at the University of Queensland has been developing a new form of therapeutic agent directed at specifically suppressing the immune responses against the most abundant myelin protein in the central nervous system, myelin proteolipid protein (PLP). Dr Greer has shown that an immune response to this particular protein is associated with MS lesions in parts of the brain that control balance.

The breadth of these projects and the combined expertise of the investigators will see some very exciting progress and insights into the molecules that lie at the heart of MS pathology and will allow the development of highly targeted new treatments for MS. 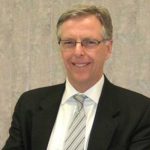 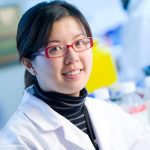