Using the two largest and most comprehensive studies of MS onset and disease, this research will investigate a number of environmental and behavioural factors for their role in MS. Environmental factors to be included are vitamin D and UV exposure, smoking, alcohol, coffee intake, immunisations, any other concurrent disorders, and exposure to chemicals and domestic animals.

Dr Simpson will incorporate information about past infections with Epstein-Barr virus and human herpes virus 6. The study will also comprise a number of genetic risk factors for MS. This information will be correlated with aspects of early and established MS such as conversion to clinically definite disease, relapse rates, levels of disability and changes to disability over time, and lesion volume and changes to lesion load over time as measured by magnetic resonance imaging (MRI). This material will be used to create an algorithm that could be used in the clinical setting to predict disease activity and course for people with MS.

Dr Simpson’s initial analyses have utilised the NHMRC-funded Tasmanian MS Longitudinal Study cohort to explore whether a range of factors may be associated with increased risk of relapse or the progression of disability. The Longitudinal study is a highly valuable long-term data resource with detailed information on relapses, disability, MRI scans, lifestyle, immune function, virology, and genetics.

They identified potentially important factors to include domestic animal exposure, infections, immunisation and lipids. Ongoing analyses are investigating any relationship between alcohol intake and the risk of relapse or worsening disability.

In a recent publication in the Journal of Neurology, Neurosurgery, and Psychiatry, Dr Simpson and colleagues found that increased production of an immune molecule (cytokine) called IFN-γ was associated with a higher risk of relapse over time. In contrast, the researchers found that higher production of another cytokine, called TNF-α, was associated with a lower relapse risk. In addition, the researchers found that several environmental and genetic factors may have an important influence on the cytokine production and the risk of relapse. In particular, levels of Vitamin D, sun exposure, season (summer), medication type, and genetic profiles were all shown to interact with IFN-γ or TNF-α production to influence inflammatory activity and therefore risk of relapse in individuals with MS.

Dr Simpson has also published a number of studies looking at other environmental factors and MS course, including lipid profiles. In a series of papers, Dr Simpson has shown that an adverse lipid profile was associated with high levels of MS disability and disease progression but was not associated with relapses in MS. Recent papers have looked at specific interactions between genes and environmental factors known to be of relevance in MS.

Further work will use another important longitudinal cohort, the Ausimmune Longitudinal Study (AusLong), to replicate the findings of the previous studies, including studying the association between factors such as vitamin D, infection, and substance use, with the risk of developing MS and having future relapses.

There are also a number of manuscripts in development. 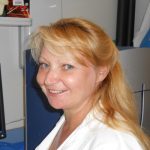 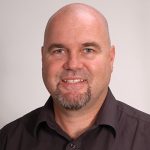