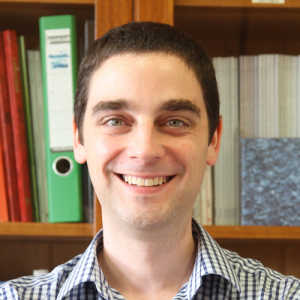 The ultraviolet (UV) radiation contained in sunlight is a powerful suppressor of the immune system. Sunlight’s ability to dampen down the immune system is thought to be partly responsible for the ‘latitude gradient’ seen in MS, where people who live further from the equator and have lower UV exposure have a higher a risk of developing MS.

Professor Byrne’s previous research (some of which has been funded by MS Research Australia)  has looked at the ways that sunlight might have this effect on the immune system at a cellular level. This new funding will allow him to investigate another specific effect of sunlight on the immune system. Associate Professor Byrne has discovered that sunlight is able to ‘trap’ damaging immune cells in lymph nodes stopping them from entering the brain and spinal cord and causing damage. Fingolimod, a medication that is currently available for treating relapsing remitting MS, also works by trapping immune cells in lymph nodes.

This research will aim to identify the molecule which is induced by sunlight that has this effect on immune cells. In this pilot study, Professor Byrne will use a technique called mass spectrometry to profile the immune cells and molecules that are produced in response to solar UV radiation. He will then test whether the identified molecules are able to suppress the immune system in laboratory models. Identifying these molecules may provide clues that could lead to the development of new MS medications that can target the immune system in a more specific way to increase efficacy and reduce potential side-effects.

Professor Scott Byrne and his team have shown that in response to sunlight immune cells in the lymph nodes did increase and this was accompanied by a decrease in the number of these immune cells in the bloodstream. This work was also extended into humans.

They have identified specific molecules that appear to be involved in these changes using mass spectrometry in laboratory models and have also found that human plasma contains these molecules. Professor Byrne and his team are now working to determine if these molecules are responsible for UV-induced immune suppression. If these molecules can be characterised, they may provide novel targets for the treatment of MS.

This research has been presented at national and international scientific conferences and new scientific collaborations have been formed. Several manuscripts are also being prepared for publication scientific journals. 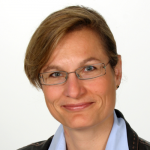