Centre for Eye Research Australia, The University of Melbourne, VIC

The visual pathway in the brain is often affected in MS. Measuring damage in MS via the visual system is attractive as it can be carried out non-invasively and structural damage, which is relatively easy to determine, often reflects functional damage that can be tracked via simple eye tests.

Dr Wijngaarden will use his funding to develop a laboratory model of MS that is based on damage to the optic nerve. Unlike currently available models, this model will replicate the loss of myelin in isolation, without the inflammation that normally accompanies it, allowing researchers to specifically test the contribution of myelin loss in MS.

The new model will allow researchers to test new therapies that aim to repair damaged myelin in MS and determine if they are effective. This is the first step in treatment development, prior to the testing of promising therapies in people with MS. The model will also allow researchers to investigate the natural repair mechanisms that are present in brain and use these insights to develop new therapies.

Dr van Wijngaarden and his team have successfully developed a reliable and reproducible laboratory model of demyelination of the optic nerve.  They were able to show that myelin was lost around the nerve fibres in these models and that electrical signalling along the optic nerve was reduced. There was also evidence of remyelination at later time points. This has a distinct advantage over currently available laboratory models of MS as functional and structural features are closely aligned. Dr van Wijngaarden now plans further experiments which will examine under the microscope what happens over the longer term to the myelin producing cells and nerve cells in this model.

This research was presented at the Association for Research in Vision and Ophthalmology Annual Scientific Meeting in Vancouver in May 2019, the largest eye research meeting globally. 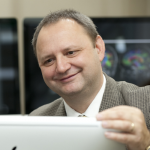 How vitamin D affects the immune system of people with MS 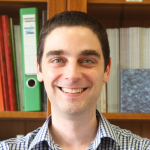