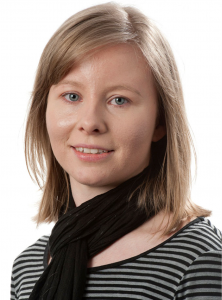 The number and type of therapies we have for treating MS is continually growing. In the future, it may be possible to treat MS with cell-based therapies. In this method, specialised cells grown in the laboratory would be injected or transplanted into a person with MS, where they would release chemicals that can help fight the disease.

One of the major obstacles with cell-based therapies is controlling the growth of the cells once they are transplanted into a person. As these cells are similar to stem cells, they have the potential to grow into tumours and other unwanted growths. Dr Andras Nagy from the Australian Regenerative Medicine Institute, has developed a patented way to prevent this uncontrolled growth. In this incubator grant, Dr Natalie Payne from Monash University, will be adapting these cells to develop a potential therapy for MS.

Dr Payne is investigating a chemical called IL-1Beta that is released by cells in the immune system. This chemical has been associated with the initiation and maintenance of chronic or long lasting neuroinflammation, damage to the neurons, and demyelination, all of which result in the neurological symptoms of MS.

Dr Payne aims to create cells that will release a chemical that binds to IL-1Beta, thereby preventing it from initiating the pathway that leads to damages to the neuronal tissues. Dr Payne will then transplant these cells into a laboratory model of MS, and determine if they can prevent neuroinflammation and demyelination.

This clinically relevant project will determine if this approach can limit key steps in the pathway to tissue destruction, but also validate that cell-based therapies for MS are a feasible option.

Dr Payne and her team have created a specially designed cell that produces a drug that targets a pathway associated with the progression of MS. The drug blocks an important signal (IL-1Beta) in the immune system decreasing specific inflammation. They have shown that the drug is “inducible” meaning that the engineered cells only produce the drug when exposed to a chemical which acts as an “on” switch. Dr Payne has also shown that the drug produced from these designer cells can block the generation of T-cells, a type of immune cell that is important for generating some of the inflammation in MS.

They have also developed and optimised an experimental approach to deliver their cells into organisms so that they can serve as “mini factories” pumping out high levels of drug. Using this system, they can now produce and deliver any soluble biological drug directly in the body and assess the impact on disease outcomes in laboratory models of MS.

Building on the success of this project, Dr Payne and her team have managed to secure additional funding from a Philanthropic foundation to continue this work, and we look forward to seeing this work continue. 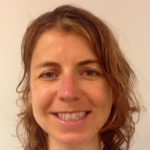 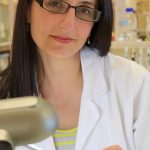