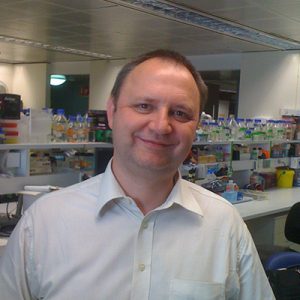 In MS, nerve cells are damaged by the immune system. Current treatments available for MS reduce attacks but do not prevent the progression of disability. In a laboratory model of MS, Prof Butzkueven and his colleagues have discovered that immune cells make a molecule called Dab2, and that this worsens nerve cell damage. In particular, Prof Butzkueven and his team think that Dab2 is involved in the nerve fibre damage in MS, which is the likely cause of disability in progressive forms of MS. The team will now try to understand exactly what the role of Dab2 plays, ultimately hoping to block its action to reduce MS severity.

As well as in the increased levels of Dab2 seen in the laboratory model of MS, Prof Butzkueven has shown that reducing the number of copies of the Dab2 gene improves the disease course. These models showed reduced disease severity, lesion expansion and nerve fibre damage.

In MS, nerve cells are damaged by the immune system and Prof Butzkueven has been investigating the role of the protein Dab2 in brain and spinal damage. At present, available treatments for MS reduce attacks but do not prevent progression. It is hoped that Dab2 may provide clues to finding treatments that prevent MS progression.

By tracking the ‘signalling’ molecules that send messages between different types of cells, Prof Butzkueven has shown that microglia may be responsible for the increased damage to nerve cells. Microglia are the ‘clean up’ cells which scavenge the brain and spinal cord for damaged tissue. Prof Butzkueven is now completing work looking at how the Dab2 molecule interacts with other molecules within these cells and whether reducing the amount of Dab2 alters the severity of MS.

Most recently, Prof Butzkueven and his team have shown that the Dab2 may be involved in human disease. The Dab2 protein was shown to be present in very active and acute lesions in human MS brain tissue. However, Dab2 was not seen in chronic lesions. Prof Butzkueven’s work demonstrates that Dab2 may provide a potential target for pharmacological agents and may provide clues to finding treatments that prevent MS progression. This work has so far resulted in one scientific publication with another underway (marked with an asterisk below). 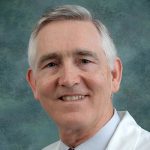