Many people with multiple sclerosis (MS) experience a reaction to heat (or increased heat) which can flare up other symptoms. The symptoms and the severity vary from person to person. It’s important to know that the effects of heat sensitivity are only temporary and your symptoms should calm once you’ve cooled down.

With the right information and support, heat sensitivity can be managed effectively to maintain a healthy and active lifestyle.

What is heat sensitivity?

Heat sensitivity is characterised by temporary but reversible worsening of MS symptoms after the body is exposed to heat or increased temperature – this could be from hot weather, exercise, fever, or saunas and hot tubs.

Heat sensitivity may also be referred to as Uhthoff’s phenomenon (also known as Uhthoff’s syndrome, Uhthoff’s sign and Uhthoff’s symptom), which is named after Wilhelm Uhthoff, a German neuro-opthamologist who first described the condition in 1890.

MS-related heat sensitivity doesn’t cause new symptoms but exacerbates or aggravates existing ones. Some common symptoms that people experience an increase in are fatigue, blurred vision, loss of balance, muscle weakness or cognitive issues.

One of the most exacerbated symptoms experienced in the heat is fatigue, which often limits a person’s ability to complete physical exercise and even perform daily tasks, especially in summer.

It’s unclear exactly what causes heat sensitivity. In many people with MS, being overheated slows down the messages passing along nerves, which have already been damaged by the loss of myelin and this gives rise to increased symptoms. In some cases, there’s a lesion in a part of the brain that controls temperature regulation in the body. Other people might have a lesion in a brain area that should respond to increased temperature, for example, by initiating sweating or sending more blood to the skin, so you cool down again. In both cases, the poor response means that body temperature rises.

What should I do if I experience heat sensitivity?

If you have heat sensitivity issues and/or a worsening of symptoms talk to your neurologist, MS Nurse or GP. With the right advice, you can minimise or manage the effects of heat sensitivity.

It’s important to know that a flare up of MS symptoms from heat sensitivity is reversible and temporary. A heat sensitivity flare up will not cause you permanent damage. It’s also sensible to manage these symptoms early so that you stay safe, for example, to prevent you losing your balance whilst exercising and possibly falling. These symptoms will usually calm once you have cooled down. However, for some people with MS, a decrease in temperature can also cause a worsening of symptoms. Like MS, reactions to heat vary from person to person, so an individual approach is best.

What else can I do to manage these symptoms?

It can be useful to learn to recognise the early signs of heat sensitivity and your associated symptom flare ups. Identifying any contributing factors can help you develop a tailored management plan with your healthcare professional.

How is heat sensitivity treated?

If you’re experiencing heat sensitivity issues, talk with your MS Nurse, GP or health professional, to create a management plan with strategies that suit you.

What about cold sensitivity?

Although heat sensitivity is quite common in MS, some people may also experience sensitivity to the cold. This is usually the result of damage to the sensory nerves from the myelin loss, also resulting in nerve conduction issues.  Cold sensitivity often affects different symptoms such as nerve pain, spasms and mobility, so keeping safe is also important.

Watch our MS in a Minute video

Our MS in a Minute videos were created to provide fast and factual definitions of commonly used terms in MS.

There is support available to help you manage your MS.

Your neurologist, MS Nurse or GP should be the first contact for any new and/or persistent heat or cold sensitivity concerns, so they can perform a detailed assessment and tailor a management plan or referrals if needed.

Contact your state or territory MS organisation to access services such as MS Nurses, peer support and other resources.

The following support and utility services may be able to provide advice: 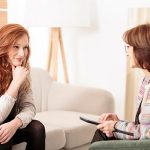